Confused about the Naglfar? Never quite sure what a goði was?

The glossary is a list of terms used in the Books of the Wyrd, Liesmith and Stormbringer. It previously appeared at the end of Stormbringer, but now it’s here, for all your delicious internet goodness!

For bonus points, it also features some super-badass illustrations from the mega-talented Neogeen. I will not lie: Neogeen was my number one monster design influence when writing the Books, so it was an amazing experience to work with her to bring characters like Lain and Hrímgrímnir (pictured above, and as seen in Stormbringer) to life.

What are the Books of the Wyrd, you ask? Why, they’re a post-Ragnarøkkr, Norse Mythology-inspired, queer urban fantasy, set in modern-day Australia and featuring more geeky pop-culture references than you can poke a stick at.

Queer? Geeky? Sound like your cup-of-tea-with-Tim-Tam-slams? Then you are in luck, my friend, because the first Book of the Wyrd, Liesmith, is on sale for 99c for a limited time only.

Not sure? Then no worries! Because an opening excerpt is available, as well as an extended outtake of one of the book’s chapters. Still not convinced? Well, here’s the beginning of the second book, Stormbringer, while you’re at it.

Seriously, though: Queer. Geeky. Australian. Urban fantasy. Oh, and there are anthropomorphic feathered dinosaurs. I mean, really. What more could you ask for? 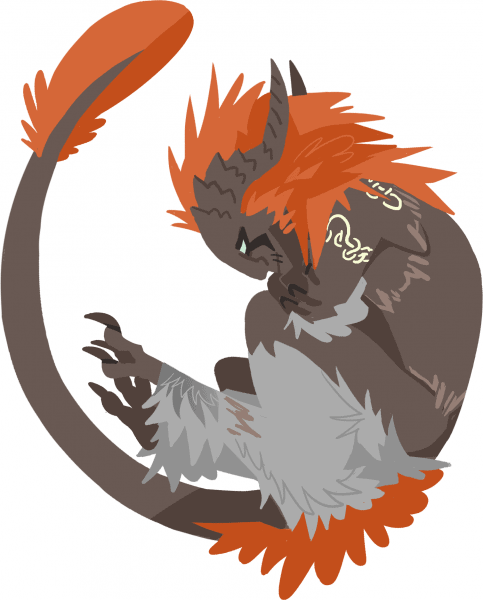