The 62 richest people in the world now own as much wealth as the poorest 3.5 billion.

As the title says. Importantly: 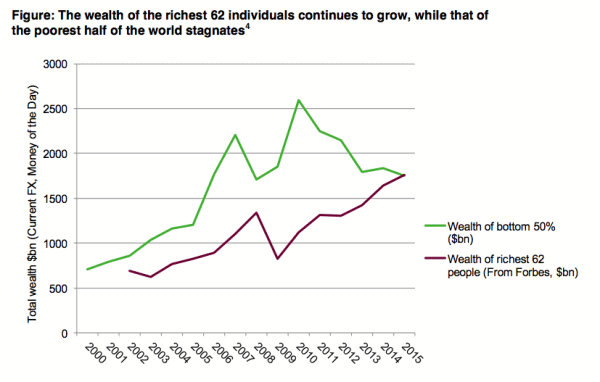 The rich get richer.

Which, in layman’s terms, means that the rich aren’t getting richer as part of a “rising tide” that “lifts all boats”. They’re getting richer by stealing money from everyone else. In other other words, the rich can afford to buy things (e.g. land, housing, etc.) that they can then afford to charge you money (read: rent) for. The fewer people that own those things that can be rented, the more wealth perpetuates without actually contributing anything of value. Also, spoiler alert: this is the plot to Thomas Piketty’s Capital in the Twenty-First Century.