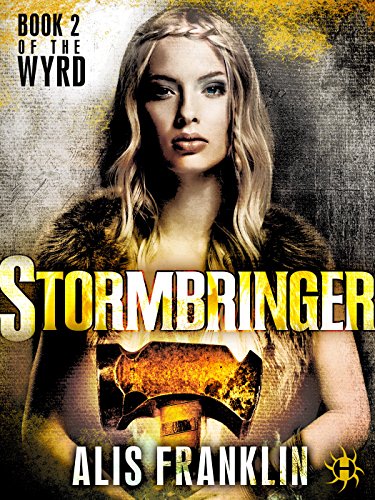 Ragnarok—aka the end of the world—was supposed to doom the gods as well. Instead, it was a cosmic rebooting. Now low-level IT tech and comic-book geek Sigmund Sussman finds himself an avatar of a Norse goddess. His boyfriend, the wealthy entrepreneur Lain Laufeyjarson, is channeling none other than Loki, the trickster god. His best friends, Em and Wayne, harbor the spirits of slain Valkyries. Cool, right?

The problem is, the gods who survived the apocalypse are still around—and they don’t exactly make a great welcoming committee. The children of Thor are hellbent on reclaiming their scattered birthright: the gloves, belt, and hammer of the Thunder God. Meanwhile, the dwarves are scheming, the giants are pissed, and the goddess of the dead is demanding sanctuary for herself and her entire realm.

Caught in the coils of the Wyrd, the ancient force that governs gods and mortals alike, Sigmund and his crew are suddenly facing a second Ragnarok that threatens to finish what the first one started. And all that stands in the way are four nerds bound by courage, love, divine powers, and an encyclopedic knowledge of gaming lore.

Stormbringer, the exciting second Book of the Wyrd, is available now!

Read an excerpt or buy the whole thing from one of the following purveyors of fine textual goods: