State of the MMO.

So I confess it: I haven’t read nearly enough this month. Mostly because I’ve been procrastinating by playing MMOs. So… er. Let’s talk about that. Right? Right! 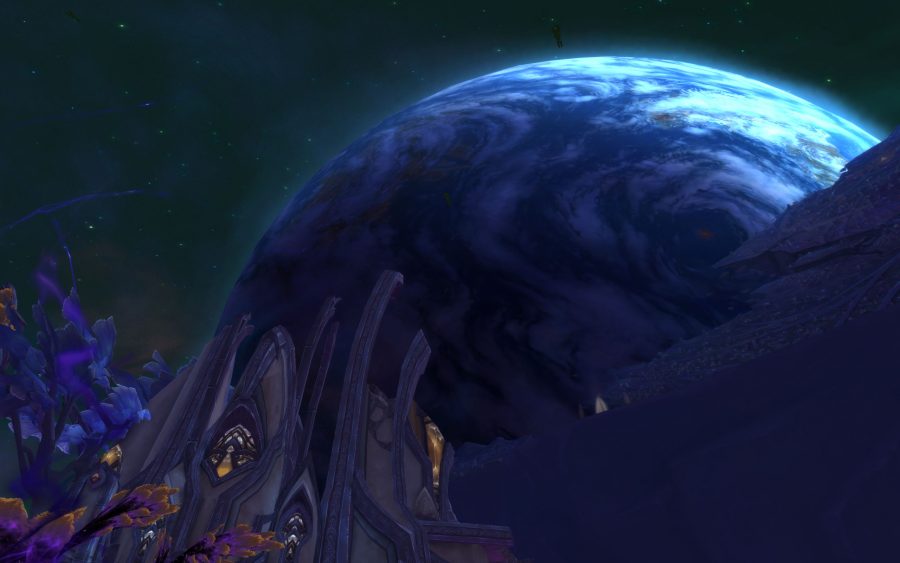 I started playing World of Warcraft literally before it was released, and own every collector’s edition with the exception of Mists of Pandaria, and every pre-MoP CE as a physical copy. Yes, including Burning Crusade and Wrath of the Lich King, which you basically had to shank someone to actually get hold of.

Like a lot of vanilla players, I’m both nostalgic and disillusioned about WoW, all at one. WoW became the phenomena it became because it was the first MMO to make the genre accessible to a broad base of players. Prior to WoW, MMOs were pretty much without exception group-based grindfests that required thousands of hours and dozens of friends to complete.1 WoW made MMOs a game you could play both alone and together, in a world with a story that was designed to be explored, rather than ground.2

It’s been a long, long time since I was at the taking-the-week-off-work-to-play-the-expansion-at-release stage of WoW fandom, but I still buy every expansion and, for the most part, enjoy the solo game. I seem to be about the only person on the internet who liked Warlords of Draenor, for example; up to and including the Garrison, which I played a lot of while I was stuck in a snowed-in cabin in Canada for two weeks one Christmas.

Legion, meanwhile, was a bit more hit-and-miss. Blizzard’s attempts to introduce (semi) dynamic world questing was both laudable and laughable—the former in the sense that they tried it, the latter in the sense that… that was what the company that literally revolutionized multiple gaming genres managed to come up with—and those goddamn pseudo-stealth missions in the stupid elf place are some of the most un-fun gameplay I’ve encountered in a long time. My problem with Legion was that, well. I hit level cap, did all the main story quests, and then… what?

Because, see, here’s the thing: I am the most casual of casual gamers, meaning I don’t grind. Anything. Ever. I will replay things—from battlegrounds to alt leveling—but the reason I got into WoW in the first place was because it didn’t do grind. So Legion‘s “endgame” being essentially endless time-gated repeats of the game’s dire public questing mechanic? Ugh. Spare me. The fact that I haven’t had flying since Cataclysm hardly helped; I don’t mind not having flying for leveling, but since Blizzard started gating the skill behind tedious Achievement rewards in Warlords I haven’t bothered even trying to get it. I’d literally rather just pay Blizzard $100 than waste my ever-shrinking free time on grinding faction rep, let alone the fact that Legion puts the achievement behind raids, which I haven’t done since 40-mans in Vanilla.

All of this is leading up to say I bought the Battle for Azeroth digital CE the other day when I saw it advertised in the Heroes of the Storm launcher. I figured I’d buy the game and get my shiny mount and month or so of solo story play. Plus the new “allied races” things both, a) looked pretty cool, and b) implied they might come with an unlock quest chain. I love a quest chain!

In other words, yes: I was one of Those People who bought the CE, logged in for the first time in months jazzed to make a new Void Elf or whatever, saw that the “unlock quest” for the new races required… grinding Exalted rep by doing Legion world quest dailies…

… and promptly logged back out and cancelled the subscription. Because, yeah. Nah. Particularly not without flying.3

When I explained this all this to my husband—also a former hardcore WoW raider who’s just much better at quitting than I am—he said, “Guess WoW’s finally turned into the exact sort of mindless grind games it replaced.” Which… yeah. Funny, the way these things go. 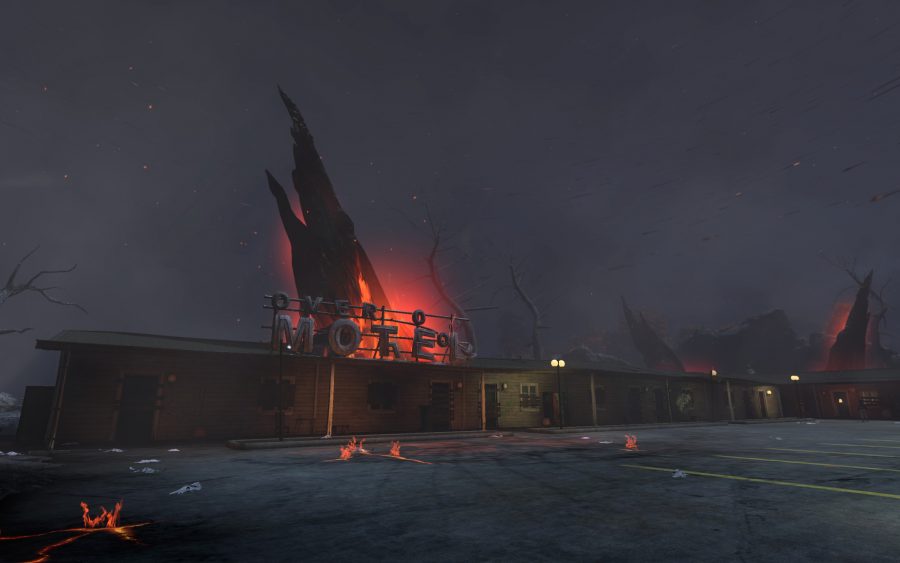 … technically these screenshots are from TSW, not SWL.

I’ve mentioned before that The Secret World is, or rather was, one of my favorite games of all time, despite its sometimes dubious combat mechanics. Well, last year TSW got a “rebirthing” of sorts as Secret World Legends; basically the same game but with a revamped combat system… and a different monetization scheme. The cost of this, however, was that all progress from TSW was basically blatted, with only very limited unlocks being transferrable between the two games. I didn’t think much of it at the time; I’d bought a lifetime TSW sub when it was first released, meaning I never paid subscription and got an allowance for the cash shop to buy blingin’ outfits (though, as with every cash shop, I’d also spent plenty of subsequent money in it) and I didn’t really think much about how the reset would impact me at the time; I’d played TSW through multiple times and it pretty much never loses its narrative charm, so was fine with doing it again.

Except… yeah. About that.

I don’t know what it is about Legends, but it doesn’t “work” for me in the way TSW does. The revamped combat seems to take everything bad about the old system (clunky, poorly balanced, badly animated) while preserving little of the good (flexible, fun to build and game and find synergies for). The new monetization is a hellhole of paying to remove timesinks and content gates, and feels… grubby in a way the old version didn’t. For context: I am a person who will both doesn’t mind and will happily spend money on lootboxes—lootboxes—so if I find pay-to-play systems dodgy you know they’ve gotta be bad.

I get that Funcom needs to make cash and I get that TSW was never as successful as it could have been—or, in some respects, should have been—but… I just don’t feel Legends is going to be “it”. Which is a damn shame. 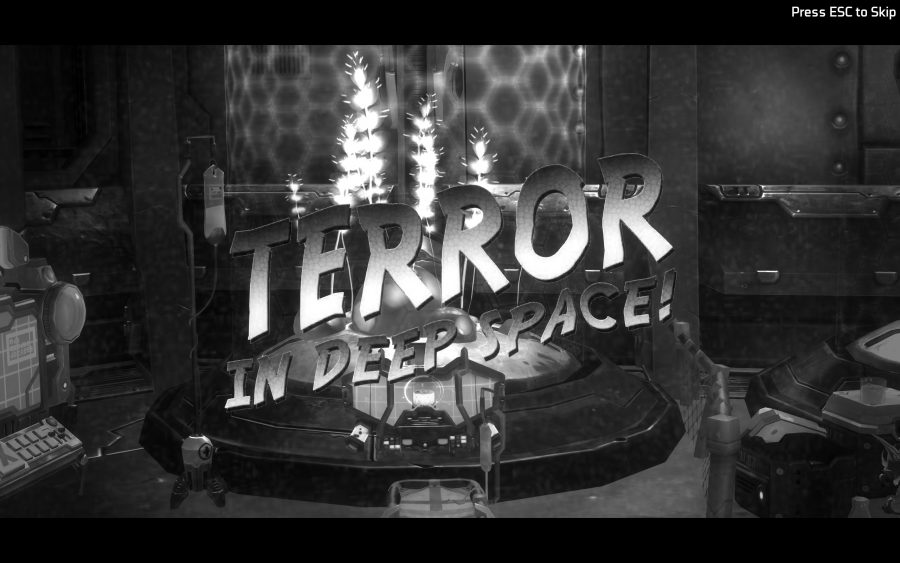 Say it in The Voice. You know the one…

WildStar is another MMO that managed to be a sort of “right place, wrong time” phenomena. Made by a bunch of old WoW employees, the game is basically a science fantasy space western and is so 100% my jam in both its tone and aesthetics that it’s not funny. It’s also the most fantastically animated MMO I’ve ever played; I’m not much of a platformer, but just moving in this game is fun, from the low-grav space environments to double-jumping over obstacles.

All that being said, WildStar is not a game I play particularly seriously—I have a few characters in the teens and late mid-game levels, but I’ve never hit level cap—and some of the leveling and gameplay mechanics nowadays feel a little old fashioned.

Nonetheless, it’s still great fun for what it is, and still something I go back to over and over again. 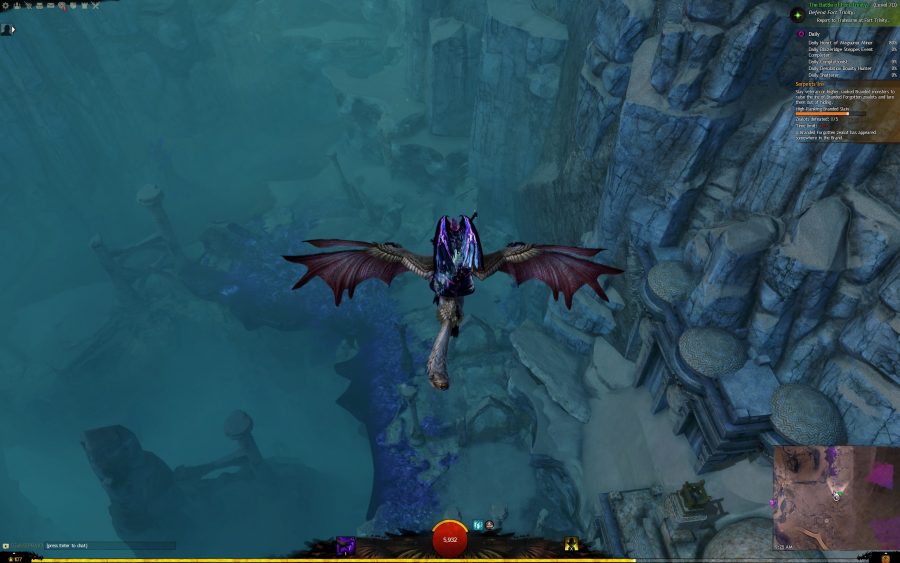 Catbird on catbird: the GW2 experience.

Guild Wars 2 is My Ultimate MMO and another one of my favorite games of all time, I have to confess to falling out of love a little with its first expansion, Heart of Thorns. HoT seemed to ratchet up GW2’s solo/leveling difficulty in a way I found tedious and unenjoyable, as well as adding a bunch of twitch and platformer mechanics I was not at all down with. Nonetheless, I still managed to slog through it multiple times on multiple characters, mostly to unlock its horizontal progression mechanics which do, as was the intent, make navigating the expansion maps less of a hellpit. Sort of. Still, HoT is undoubtedly my least favorite part of my very favorite game, and I was worried ArenaNet would continue its trend into their second expansion, Path of Fire.

Well, as it turns out, they… mostly didn’t. PoF is both more difficult that the base/leveling game and less frustrating than HoT, and I actually managed to unlock all of its mounts and their abilities (even the griffin!). Mounts are cool and fun and even more of a money-sink than gliding is, which honestly I don’t mind; GW2 has no sub, and instead supports itself selling cosmetic items in its cash shop. I spend wa-aa-aa-ay too much money in GW2’s cash shop but, hell. Someone has to.

Still easily the best MMO currently out there, and still cranking out constant and awesome (story-driven!) updates. Well-worth the price of admission. 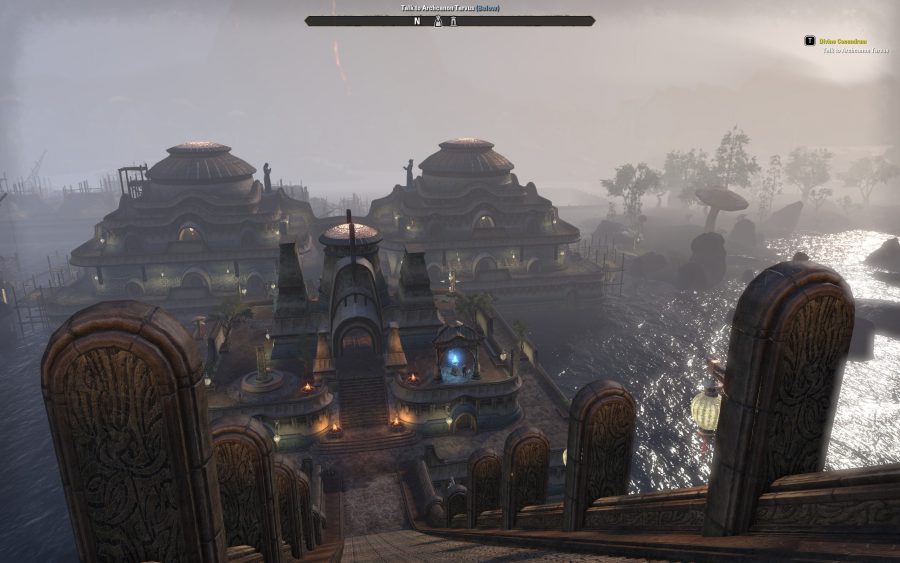 Morrowind was my first TES game. Coming back is… surprisingly nostalgic.

ESO is another one of those MMOs I bought as a CE, played for like five minutes, then kind of forgot about. Not because it’s a bad game, but just because it’s… sort of aggressively its own thing, in a way that can be a little confounding.

Nonetheless, I recently reinstalled the game and gave it another shot, and… I’ve been really enjoying it. There’ve been a bunch of changes since I last played, including the removal of level and faction gating, meaning you can play pretty much wherever whenever, and the addition of the thieves and assassin’s guilds, meaning theft and murder is now more fun. I spend… wa-aa-ay too long sneaking around in random NPC’s houses, looting drawers and running from the guards when I inevitably get spotted trying to decide which random food item from my inventory I should scarf in order to get more space for stolen goods which, let’s face it, is pretty much The Elder Scrolls Experience.

So ESO is sort of a strange mid-point between the open-world anything-goes of a single-player TES game, and the on-rails linearity of a WoW-style MMO, feeling both bigger than its single-player cousins (because it encompasses the whole continent, not just one zone) and smaller (because each individual zone is much smaller). It’s also one of the few MMOs that really is just fun to explore; the game has mounts but I rarely end up using mine, since just walking around running into random chests, abandoned campsites, and crafting components is more fun than barging past the landscape on the back of a guar.

And maybe this is what makes ESO such an odd duck in the MMO space. It has so many systems and so many ways and things to “progress” that it’s daunting to even contemplate “completing” on a single character, let alone alts. But, yanno. In this world of level boosts and raid grinding… maybe that’s kind of the point.