I came to the mythos in a roundabout way, via a large, slim book in our local genre bookstore. The book was S. Petersen’s Field Guide to Creatures of the Dreamlands

, a narrative-only supplement for the Call of Cthulhu roleplaying game. Always a big fan of “monster manual” type things, I remember diligently spending weeks thumbing through the shop’s copy until I’d managed to save up enough to buy it for my own. 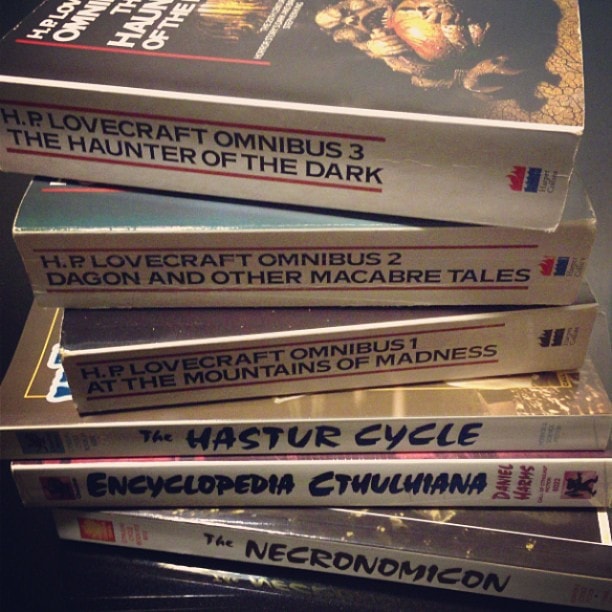 Holy hell am I glad I did!

Widdershins is one of those things that hits a bunch of my favourite things: Lovecraft, Victoriana (or whatever the equivalent is called in the US), romance, badass ladies, and adorkable boys. Filled with mummies, monsters, evil cults, conspiracies, and labyrinthine academic institutions (a museum, in this case), the novel follows Percival Endicott Whyborne, awkward and introverted scholar of comparative philology, who is approached for assistance decoding a cyphered book for private detective Griffin Flaherty. Griffin believes the book to be the key to solving the murder he’s been hired to investigate, which it is. Sort of.

I’d translate the book; its contents would prove innocuous, discharging my duty and getting the detective out of my life.

Without giving too much away, the narrative sees Whyborne, Griffin, and Whyborne’s one-and-only-friend Christine try and unravel the Black Horrors of the Day. Interlaced against this is the developing relationship between the two titular characters which, romance or not (think Sherlock Holmes), was always going to be the make-or-break for a book like Widdershins.

This time, it’s a make. Definitely a make. Whyborne is, at times (okay, all the time) painfully awkward and self-depreciating, and the narrative deftly links these feelings back to being not just a “geek” in a jock culture–Whyborne Senior is a railroad industrialist and all-American Man’s Man–but to being queer at a time when that sort of thing was criminally punishable. Despite his own lack of self confidence, however, Whyborne has a core of pure steel that peeks out on occasion, and the book’s finale even sees him turning his powers of “straight passing” into an effective weapon. 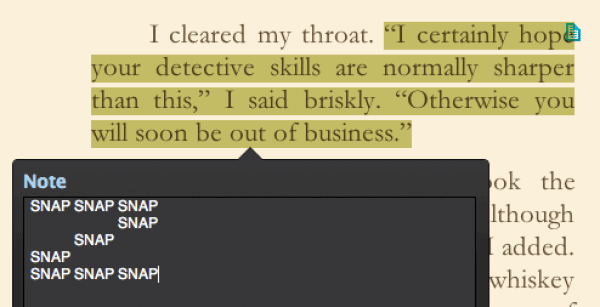 Also, some of his dialogue is delightfully sassy.

Griffin, meanwhile, is handsome and dashing and perfect and broken, with each new crack in his facade turning into a truly delicious reveal for the reader, if not always Whyborne.

“These monstrosities, whatever they are, operate on principles of science. The world may be many things: purposeless, random, and filled with happenings we don’t have the means to comprehend. But the book you gave me to translate is filled with formulas. Methods. Repeatable experiments. The outcomes of those experiments may be horrific, especially as there is apparently more to them than superstitious twaddle, but they are still predictable.”

Also a delight–and true to the book’s roots–is picking through all the references and shout-outs to the mythos itself. They never crowd the narrative to the point a Cthulhu novice would feel lost of overwhelmed, but they’re great fanbait to people like yours truly.

Jordan knows her stuff, in other words: be it in the historical details or the mythological ones.

Overall, Widdershins was a cracking read that left me both squirming with squee and bawling my eyes out from the same (look, I like happy endings okay, and I’m not tagging that as a spoiler, given the series title). I’ve already started on its sequel, Threshold

, which is so far shaping up to be even better than its predecessor, and my only regret is not picking this series up sooner.

Now, if you’ll excuse me. I’ve got some reading to do…