Is it racist for white people to wear kimono? 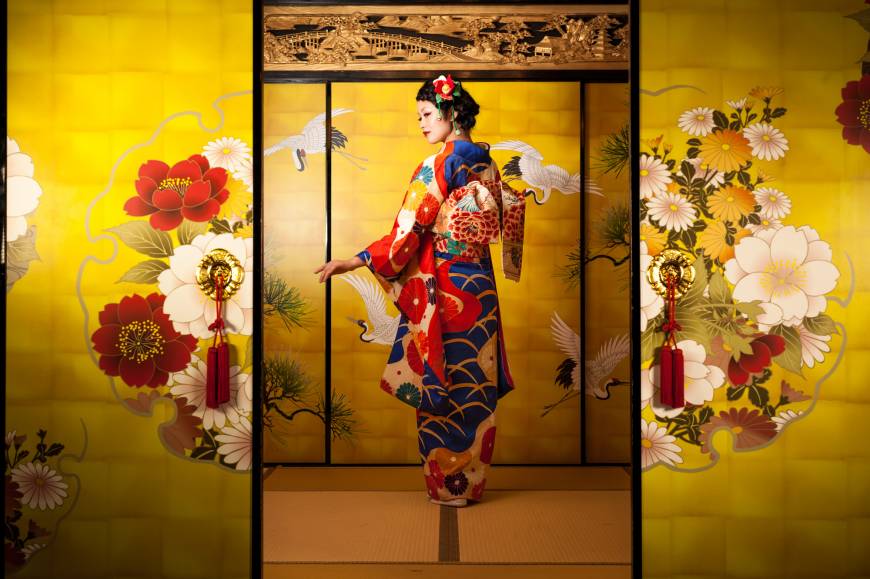 Underneath the 'Orientalist' kimono | The Japan Times

Is it "racist" for non-Japanese to wear kimono? That question has been fiercely debated since protesters entered Boston's Museum of Fine Arts in late June

If you reflexively answered “yes”, firstly, thanks Tumblr! But secondly, read this.

The answer is actually a little more complicated, in that, while Western Orientalism is a real thing and a real thing that negatively impacts people of Asian descent living in the West, it’s also a deliberate cultural export that was created by countries like Japan in order to make money and promote nationalism. And, nowadays, it’s seen by some Japanese people as a way of preserving Japanese art products (particularly textile art) that aren’t valued back home.

Full disclosure: I wore an uchikake to my wedding. Not as part of a proper outfit or anything, just the coat over black slacks and a shirt. Since then, it’s lived hung up on the wall in our house.

The uchikake is old, probably from the early 20th century. In its former life, it was a rental outfit for a bride, that’d been passed from woman to woman over a hundred years. But Japanese-style weddings aren’t so popular in Japan any more, and a lot of the shops that had previously serviced the market are going out of business. When they do, what happens to all their textiles?

Well. There are plenty of businesses online that recycle vintage Japanese uchikake and obi and kimono to enthusiastic Western collectors. My mum–who did her thesis in Asian art, back in the 1970s when that sort of thing Was Not Done1–went through a phase of buying up masses of this stuff. Her house is hung with obi like wall scrolls, while the more damaged kimono she unpicked and upcycled into other things like Japanese-style patchwork quilts.

And the uchikake, she bought for me. And I wore it when I got married.

I’m still not sure what I think when I see myself in my wedding photos. The uchikake is undeniably beautiful (also really warm, given how cold the day was), but I’m still a white girl and I’ve learnt a lot about cultural appropriation in the intervening eight years between then and now. I probably wouldn’t wear the same thing again. Yes, it’s a Japanese item sold intentionally by Japanese people to spread the love of Japanese craftsmanship to non-Japanese (successfully!)…

… but Orientalism in the West is a real thing. It’s a real thing that hurts real women. That’s not something I’m down with perpetuating, even unintentionally.

So… yeah. I don’t have an answer to this one.