Yours truly’s set-up for our Friday night game.

Indomitable MC of our MONSTERHEARTS 2 game!

The one on the left tasted like mouthwash! (In a good way, though.)

It’s not a booklaunch without some tasty goodies…

… but wait. Who is holding the camera?

I think this was me trying to hide Matthew Farrer from Cat’s camera.

A rare moment of peace for Lyss in between launching her book box and sitting on SIX freakin’ panels.

(With apologies to Cat Sparks, for stealing some of her beautiful photos, and Leife Shallcross, for the drinks photo, which was much more aesthetic than the one I took.)

So. Yes! Conflux 13! It happened, and I survived it: woohoo!

As mentioned previously, I was on four panels this year–most suspiciously stacked into the early-morning 10am slot–which I think went pretty well. Even the 1:30pm Monday panel on worldbuilding–quite close to the close of the con–had a pretty good turnout.

Other highlights included the Monsterhearts 2 game Elizabeth ran for Alex, Lyss and myself on the Friday,1 Lyss’s book box launch, and getting to chat with (and buy CDs from) Meri Amber, who is a total sweetheart and whom I’m a huge stanning fangirl of. Oh, and I managed not to cry in the “Remembering Terry Pratchett” panel, although we had Preemptive Tissues and I got close once or twice…2

I didn’t get into much livetweeting this year. My Twitter feed auto-deletes tweets after a few months, so I’m not the best person to do the Eternal Record thing. Still, I couldn’t resist myself at the “Hugos are a Joke” panel (I love inside baseball):

This panel was international guest of honor–and multiple Hugo Award winner–Ellen Datlow, with Alan Baxter and T.R. Napper representing the voice of local fans and authors. Elizabeth, for her sins, was the mod, and she did a great job keeping everyone in line on the entirely-non-controversial topic. I didn’t even really need popcorn.3

Anyway. Four days is a long con, and I won’t lie: when I got back home on the Monday afternoon I totally flaked on in the sun on the balcony and fell asleep for like three hours.

So. In other words: See you next year! 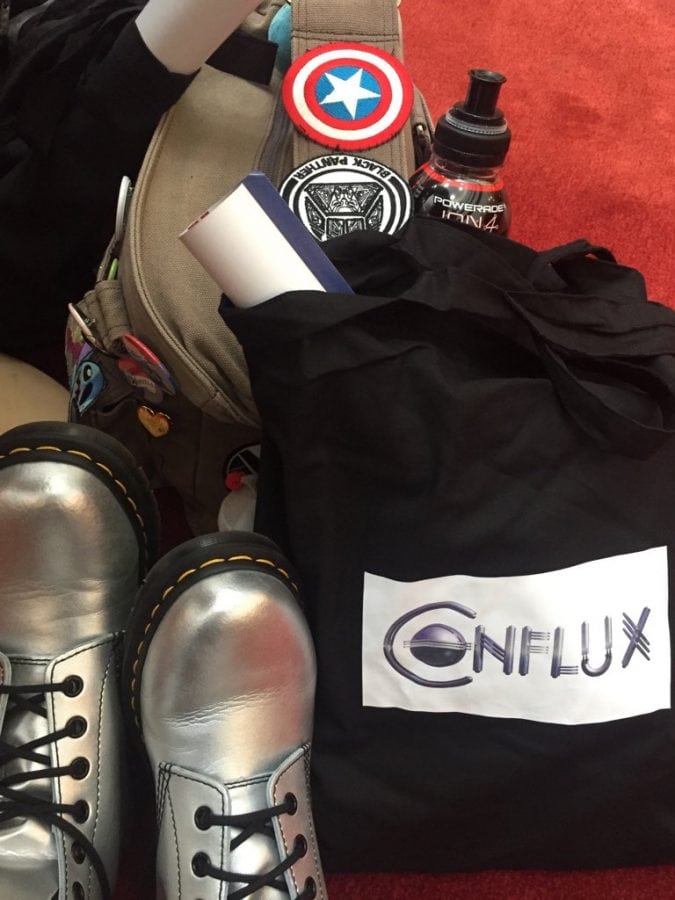 I confess the bag is Lyss’s. I’m not cool enough to have that bag.