So, holy shit, where did the year go? Apparently “somewhere else”, meaning Conflux season is hurtling towards us, fast.

Conflux, for the uninitiated, is Canberra’s local specfic (sci-fi, fantasy, horror, and associated genres) convention and, unlike its sister-cons, e.g. Continuum, Conflux’s main Thing is that it tends to be more focused on the writing and craft side of things than the fannish side. Which isn’t to say there aren’t plenty of fannish things to do and see–there totally always are–so much as that it’s also The Writer Con, meaning there’s always a pretty strong programming track for craft and publishing.

Anyway. Confux’s program has gone up, so this is the part where I pretend I do some kind of scheduling and/or planning for where I’m going and what I’m seeing. Neat.

I actually took the Friday off this year, which was forward-thinking of me, although I expect most of the day will just be catching up with the ConSalt crew (minus Rivqa, who we’ll miss, and who’s still recovering from making the trek over to WorldCon). Also trying to decide whether to ride my bike out of the con venue, i.e. the airport, which is somewhat close to my house and has copious-but-expensive parking. Hm…

That aside, I do spy the 4pm Beastly transformations panel:

Animal bridegrooms, werewolves, shifters, selkies. What is it that holds our fascination with the human animal? 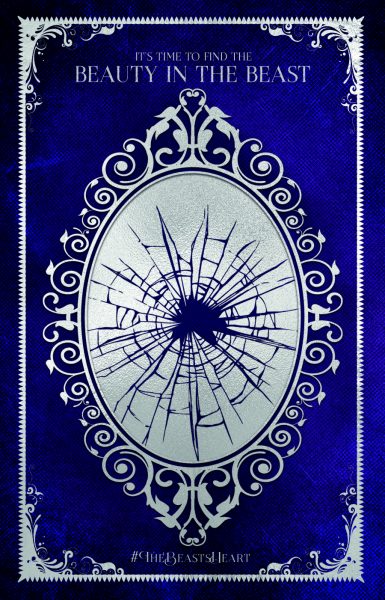 You know you want it!

Panelists aren’t up on the website just yet, but I’d bet my dreki!Lain plushie that Leife will be on it, and I can totally go along and stan for her novel, The Beast’s Heart (which is coming out next year and which y’all should totally buy).

Also, yanno. Monsters. I am but a simple girl and I loves them so.

So Conflux always has a series of pitching sessions. The mix tends to be local small presses as well as larger Big 5 imprints, and this year I’m interested to see Angry Robot’s is up at 9am. I happen to know because of Reasons that A Certain Person is currently in the process of putting the final polishing on his manuscript, and I would Strongly Encourage him to try and slide into this one. Because, yanno. Angry Robot, man (speaking of stanning for things).

Meanwhile, I will be agonizing over the 10am struggle between “Q&A – the road to getting published” and “Remembering Terry Pratchett”. “Alis,” you might ask, “you’re already published, girl. Why the How To panel?” Professional interest, basically; I confess I’m always fascinated by the advice other authors give out as to how they Did The Thing. Also, I’m pretty sure I’d just burst into tears and be a giant cryball at the Pterry panel and… basically I just really hate crying in public. But I also really love Pratchett, so… the struggle is real.

The noon slot is an easy decision, with “Who woulda thunk it?”. Some of you may be aware that I’m a childhood Doctor Who fan who put a moratorium on the show when He Who Shall Not Be Named took over.1 Meaning the next season of Who is like a Gift From the Fandom Gods, with both a new showrunner and a female Doctor. So getting hyped-up at a fandom panel? Do want!

Then at 1:30pm, “Youth for youth by youth”, a.k.a. “The young person’s guide to writing YA”. I went to a very similar workshop last year, and it was both Fun and Informative, given that whole YA project I’ve currently got on the backburner.

Because I am an irredeemable cynic (and because I have a Sneaking Suspicion Lyss might be on the panel), 3pm will be “POP! – Fan stuff”, described as:

Cool swag or cynical money-making enterprise? What do you just gotta have?

And, hey. I’m as much of a sucker for Cool Swag as the next geek, but also… they really need to cool it with those Vinyl Pop figures, hey.

I’ve got another dilemma at 5pm, between “Striking the write balance” and the Hippo Bar whiskey tasting. I mean, on the one hand, “Finding the right balance between writing, day job and family” is, indeed, tough. On the other: whiskey tasting! My Secret Mission for this Conflux is to get Alex to stop drinking Jack,2 and this seems like it could be a good start.3

Finally, at 6pm, Meri Amber’s EP launch. I met Meri at the last Conflux and bought one of her CDs. She’s both, a) a sweetheart, and b) her geek-pop music is now a staple in my writing playlists. So… woot. New music!

After that, at 6:30pm, it’s dinner, because I actually bought tickets to the banquet this year. Go me for being organised.

Saturday’s schedule is looking pretty packed, so Sunday might be some barcon. On the other hand, “Submitting to publishers and agents” at 3:30pm is another one of those “professional interest” panels I’ll probably go check out Just Because, 4:30pm’s “As memorable as Le Guin” sounds interesting, and finally the book launch at 5:30pm for The Giref Hole Illustrated is a must for my Kaaron Warren-fangirling self.

Look, how can you go past 1:30pm’s “The Hugos are a joke – discuss” panel? I mean, with a totally non-provocative title like that, no matter what happens it’s gonna be… interesting.

And, finally: Making plans is great, right? I always make a ton of plans to go to panels and then somehow I end up spending hours in Minotaur buying comics instead (cough Continuum cough). But if there’s one thing this Conflux on my Absolutely Must Not Miss list? It’s the 11am launch for the Never Never Book Box:

A bi-monthly Bookish Subscription Box, focusing on awesome Australian Spec-Fic. Includes 2 books, plus 3-5 cool bookish items shipped straight to you, this is a curated box for the local bookworm.

My BookBox sampler! Made with cool things from my house. What do you think? pic.twitter.com/zEH1VL2KOG

There’s no zombie apocalypse, alien first contact, kaiju attack, or goddamn 90%-off sale at the Mecca and/or Dymocks that would keep me from this launch. Asides from being the baby of the aforementioned Lyss, I am totally going to take credit for inspiring it. And, like, there’s nothing I love more than seeing someone with actual talent and determination (i.e. Lyss) make a reality out of a random brainfart “man I wish x existed!” tweet I made once during lunchtime. I promised Lyss that if she did this, I would be her Official First Subscriber, and I will fight anyone at the launch who tries to push in front of me on the queue. I mean it. And I will bite. So form that line behind me.