Have I been doing this almost a year now? Holy crap. It’s almost like actually sticking to something!

May was also a Never Never Book Box month, so big shout out to the month’s theme and subsequent pile of shredded documents that ended up all over my living room table! 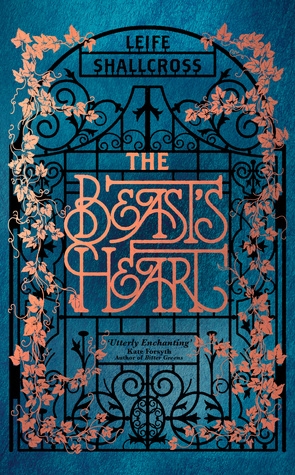 So, standard disclaimer: Leife is active on the committee of both our local writer’s group and annual convention, and is just generally an all-round lovely and amazing person. She also first showed me the cover art for this, her debut novel, back at last year’s Conflux, and I both died with envy and swore to immediately buy a copy, because seriously it is beautiful in a way mere internet .pngs do not convey.

As suggested by the title, The Beast’s Heart is a Beauty and the Beast adaptation as told from the point of view of the Beast. It’s definitely a romance and surprisingly cosy; mild spoilers, but there’s no Gaston-and-the-villagers-with-pitchforks style showdowns, here, and it’s mostly about damaged people slowly learning to deal with hardships, and being kind both to themselves and to others. Which… yes. Sign me up for more of, which is probably why—along with the whole human-but-non-human narrator thing—I tore through this is only a few days. Delicious.

Margaret Killjoy, The Lamb Will Slaughter the Lion

A bunch of queer anarchist punks, sick of assholes trying to take control of their commune, summon a demon/spirit that “turns predator into prey” and, in doing so, find that no! It is now they who is the ones who is the predators!

… Okay, that’s kind of a flippant way of describing this novella, but let’s be real; you read “queer anarchist punk commune” and knew—just knew, from that line alone—whether this book was for you or not. Spoiler alert: I am… apparently way too old and/or bougie for The Lamb Will Slaughter the Lion,1 which too often reads like someone’s xX 💀 !!! 💀 pUnK 4 LyFe 💀 !!! 💀 Xx MySpace page circa 2004 and, yes, that is me projecting my own embarrassing early twenties onto the text, why do you ask?

All of which is a shame, because there are so many good ideas—and some great and horriffic images—here, but for me they kinda got bogged down in the politics, both small- and big-P varieties. The good news is that that highly personal reaction is very likely not going to be the same one you experience, ref. “queer anarchist punk commune” above, and if that sounds like the sort of thing that is Your Bag Baby2 then this very likely will be too.

An anthology of short stories from Australian publisher Fablecroft, and something of a sister project (they both resulted from the same submission call) to Phantazein, which I read last year.

Like that anthology, I would have to say Insert Title Here didn’t quite work for me, for reasons I can’t really put my finger on. The anthology is “unthemed”, which means there’s stuff in here from hard(ish) sci-fi to swashbuckling fantasy to modern urban “weird”, and while there were some stories that stood out conceptually (“Living in the Light”, “2B”, “Collateral Damage”, “Ministry of Karma”), I was still left with a feeling of “… meh” after I’d finished.

I think this another one of those “it’s not you, it’s me” books; too many of the stories felt built on being too coy around their central gimmick, rather than on their characterization. It’s something that’s super-common in specfic short stories, so there’s obviously a market for it, but that market is Not Me™. YMMV, and if it does, you should totally check this anthology out. 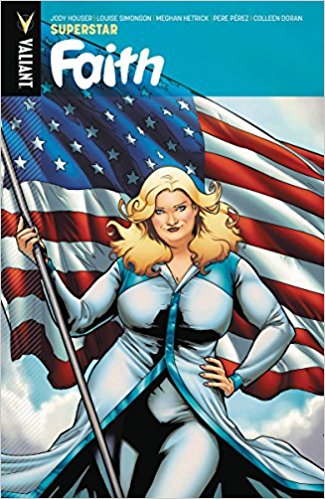 Probably my least favorite Faith title so far, which is a shame. Volume 3 is a collection of several stories rather than a single arc, which doesn’t help, and is also probably worth its own the-comics-industry-is-killing-itself-with-its-reliance-on-single-issues-rather-than-investing-in-narrative-length-trades rant post.

On the plus side, I’m really liking some of the new art, and Faith (the character) continues to be the best thing about the series.

Also, she saved Hilary Clinton from a helicopter crash. So, yanno. There’s that.

Have I mentioned yet how happy I am 5e is finally getting some content books rather than just modules? Because I am. Very happy. More good character and monster options here, particularly for higher level adventures, plus some interesting lore around the infernal realms, elves/dwarves/halflings/gnomes, and the gith (gith characters, finally!). As someone with a soft spot for lawful evil,3 I like the treatment of the Nine Hells and its role in the Blood War, although the framing of the book (i.e. as written by Mordenkainen and/or his apprentice/mind-slave Bigby) means that individual DMs are free to believe or not believe it, as fits their own games.

One big, huge, glaring omission here though: dragons! Not even the dragonborn get a section, which means I can only hope there’s a more dedicated book to come…

Nicole R. Murphy (editor), The Outcast: An Anthology of Exiles and Strangers

A short anthology of short stories published by my local writer’s group. Stand-out stories for me included “Sacrifice for the Nation” by Monica Carroll, and Kaaron Warren’s hypnotic “Woman Train”. Even better, the paperback is available for a mere $5!

So I have never seen either film based on this novel, although I’ve osmosed the plot (haunted house/genius loci story… IN SPAAAAAAAAACE!!!!) through general pop culture zeitgeist/Wikipedia pages. It’s the sort of thing I should really love, since I tend to be all over its general genre (ref. Annihilation), but Solaris itself just… did not work for me. Part of this might be the fault of the translation; the dialogue in particular in my version (pictured right) is laughably wooden and awful. Given that the main pathos of this story (spoiler alert) is supposedly in the relationship between Narrator Dude and Dead Wife Ghost Clone that… is a problem, because the Real Humans Don’t Talk Like That kinda gets in the way of any actual empathising with the characters.

Even that aside, the book just hasn’t dated well. It was written in 1961 and feels every one of those fifty-seven years, both technology-wise (people read newspapers and use a library of physical books) and in its social context (Men™ are scientists, women are dead). And, yes, it’s set on Another Planet™ but other than that window dressing there’s actually nothing “speculative” about this book, either technologically4 or, especially, socially. If you want to have an argument about what “counts” as science fiction or not and why, then it would seem Solaris should be pretty much front-and-center as Exhibit A, and the fact that it’s not speaks volumes.

So Solaris is basically a re-skinned ghost story, and its worst sin is that it’s not even a very effective one. There are a few creepy elements early on (plus a bonus content warning for a voiceless “N*gress” who’s described exclusively based on her imposing physical presence and “grass skirt” which… thanks, Stanisław and/or the translators), but Lem quickly veers into pages and pages of nonsense technobabble, pseudo-academic faux history, tedious emotional constipation between the three male astronauts, and a female “ghost” who follows the narrator around, doe-eyed and nonthreatening. As mentioned, the plot is based on the narrator’s manpain about whether or not to “kill” his ghost wife, which is entirely impossible to care about due both, a) her being such a non-character, and b) him treating her as such.

All that being said, I’m sure there’s an element of Seinfeld is Unfunny about Solaris, and I can see why people like it or think it’s clever; with all the obfuscating technobabble it’s sort of like the Jordan Peterson of sci-fi novels, using a lot of words to say very little. I can also totally see myself enjoying a more modern adaptation that ditches all the baggage. But as it is… meh.

Man. So apparently I read quite a bit this month and ended up with more misses than hits. On the plus side, I took more off Mt. TBR than I put on (yay), though given it’s Continuum season I suspect that will not be a trend that repeats two months in a row…