With a few exceptions, Capital, vol. 1 is surprisingly readable; Marx states his intention was for it to be accessible for working class readers, and apologizes for the few sections that descend into dry academia (including the first chapter). It has also dated depressingly well. Like, literally every problem Marx details is recognizable as still occurring in a modern context, to the point where sometimes Marx feels like he’s over-explaining things that “should” be obvious, because we’ve internalized them as to the point that they feel like they’re “natural.” Marx, writing at a time where the capitalist institutions we now take for granted were being, well. Institutionalized, is a timely reminder that they are not.

Long, but definitely worth reading. Now maybe moreso than ever.

This is a tie-in novel I got for backing the Over the Edge ttRPG, and was written for and is set in that game’s previous edition. It’s basically a welcome-to-Al-Amarja urban fantasy story, about a sister investigating the mysterious (and possibly suspicious) death of her Christian pop star twin sister.

My previous experience with Laws’s RPG tie-ins was surprisingly positive, something that continues to hold here, even though this is a novel rather than a collection of short stories. The Pierced Heart is an engaging read in and enjoyable setting, which is kinda something given that its two major themes (sibling relationships and religion) both leave me dead-ass cold. So, y’know. If I still enjoyed it in spite of that… 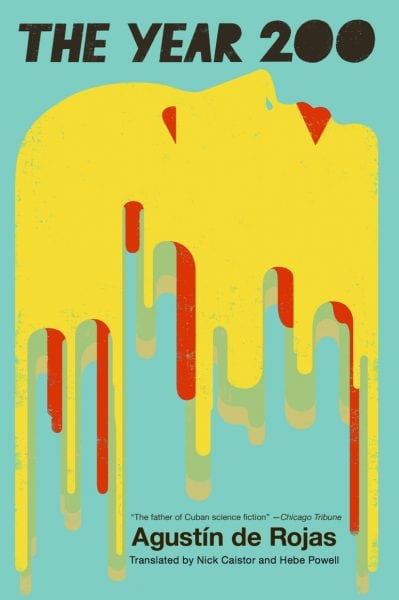 I picked this up because, well. It’s not that often you get a chance to read Cuban sci-fi, and also because I’m shallow and I liked the physical design and paper of the book itself. The actual story… ee-ee-eh.

De Rojas is apparently well-known in Cuba not just for his own writings, but for his work bringing Asimov to that country and, honestly, it fucking shows. Y’all remember how Asimov was a sex creep who never actually managed to figure out how to write a character with more depth than a rockpool at low tide? Well, basically combine both of those things into the one work and you’ve got de Rojas. This book is extremely rapey. Like, there’s at least actual two rape scenes (one involving an adult-man-in-a-child’s-body raping an unconscious woman, and another of what is basically female-on-female medical rape, also with an unconscious victim), but pretty much every page is oozing with male gaze bullshit of some variety or another. The plot is wafer-thin goodies-versus-baddies garbage, and even accounting for the fact the novel is set in the distant future and has been translated through two languages, no-one in it either acts or talks remotely like an Actual Human Being. Especially the women, which is a shame, because there are actually a lot of lead female characters here—both heroes and villains—and they’re all uniformly fucking awful.

Even worse than all of that is the fact the book “breaks” every few chapters to present the reader with, basically, homework questions, to try and prompt some kind of ~deeper engagement~ with the ~themes of the text~ or whatever. Honestly, given how paper-thin the whole thing is, it’s these segments in general that feel the most fucking insulting; probably because I could see myself actually liking them if used in a different book in a different way (I quite like metatextual works as a trope).

All that being said, it is interesting to see what is essentially a bog-standard “capitalism versus communism” sci-fi narrative told from the perspective of someone rooting for the latter team. The book’s heroes all live in an (intentionally non-utopian, but still pretty awesome) post-work communist future, where people have jobs like “emotional engineer” and everyone basically spends their time designing more fulfilling kinds of leisure and personal/social development activities. This is contrasted to the villains, who’ve used what is basically magic4 to enable their consciousnesses to possess the bodies of others in order to skip forward two centuries (hence the title) with the intent of taking over the “soft” communist hippies and replacing them with some kind of generic5 Evil Hierarchical Capitalist Empire. So all of that was interesting. It’s just… a shame that we didn’t get to see more about Life In Post-Work Utopia Earth, and spent so much time instead on… what the book spends time on. Ugh.

Interesting for a glimpse into “world sci-fi,” but not necessarily enjoyable unless you’re, like, one of Those™ old white dudes.

A Metric Shittonne of Stucky Fanfic

Because of Reasons I needed some light comfort reading for the month of April and so, in the grand tradition of these things, I picked a random juggernaut ship I don’t have much attachment to—either character- or canon-wise—sorted by kudos on the AO3, and got to reading. This time, the pairing was Steve Rogers/Bucky Barnes, with most fics (unsurprisingly) set in MCU canon circa Captain America: The Winter Soldier.

Technically, I have seen CA:TWS. It’s actually the “last” MCU film I watched, although “watched” is a strong word, given I mostly just had it on in the plane while I drank free champagne and played Minecraft on my phone. TWS was pretty much the nail in the coffin of me noping the fuck out of the MCU in general, partly for political/ideological reasons and partly because it was really where Disney’s grand plan of “every genre is a superhero film!” became really, really mind-numbingly apparent. And this is from someone who actually likes6 spy-thriller-/govproc-adjacent superhero stuff.7

Stucky as a pairing in general turned out to remind me a lot of my Forever OTP, Apollo/Midnighter, in the sense that most fics are characterized as basically a romance between a recovering(-ish) cyborg assassin and a character no-one really knows what to do with beyond “boyfriend of cyborg assassin with Healing Dick.” And I’m into that, so that was great. I am also Extremely Into the dehumanized robo-Bucky characterization, which on the one hand is great, because there’s heaps of it in the fandom, but also a bummer, because like 99% of Stucky fics are about him getting over it. Also, the fic This, You Protect finally clicked for me why I bounced so fucking hard off Martha Wells’s Murderbot Diaries, which is an essay for another time or, actually, probably Never8 because Reasons.

On the minus side: everyone in this fandom needs to stop trying to be “authentically” Russian, like, now. Firstly, and as someone to whom this is actually IRL applicable: it’s “Romanoff,” not “Romanov.” I don’t know if this is comic book bleed or people trying to be “authentic” but the canonical MCU spelling of Black Widow’s name, as per film credits, has the two Fs, not the V. Her name has been Anglicized. So’s mine. We deal with it, trust me. You’re not doing people like me any favors trying to change it on us.

Secondly, the Nazis fucking hated the Soviets, and the feeling was mutual. There was literally a whole thing about it (not to mention under Nazi eugenic theory slavs were considered one of the “subhuman” races). I assume the Winter-Soldier-Nazi-Hydra-versus-Soviet thing is an MCU-versus-comics bleed, but… c’mon. I’ve read, like, three fics that actually try and reconcile it,9 and orders of magnitude more that conveniently blur the Nazis and the Soviets into this, like. Generic morass of Bad Guys Who Hate America, which asides from being kinda personally offensive,10 is also just historically inaccurate. So all those parts I could’ve done without.

Another thing: About 90% of Stucky fic is what fandom tends to call “Apartment of Misery” fics. These are basically the standard post-HTP (content warning for descriptions of a rape trope) recovery narrative, so named because they’re usually, a) extremely angsty, and c) set predominantly and/or solely in an apartment. But there’s another significant minority of fics that are, uh… I guess what I’d describe as The  Second Coming of Steve Rogers fics. I should state up front that I usually quite enjoy these, but they also make me kinda… sad? Or… something? Because they’re basically the secular comic book fandom version of Christian Rapture fiction, except instead of Jesus returning to save the world from sin, it’s Steve Rogers returning to tell America how it’s Doing FREEEEEEEEEEDOM!!!!! Wrong with his superpower of being the Most Woke (and Boning Bucky Barnes), and they have that same kind of… desperate wish-fulfillment undertone of my-Daddy-can-beat-up-your-Daddy as their sectarian equivalents.

Like I said, I tend to enjoy them, but there’s also a kind of depressing dissonance in the fact that they exist in the first place, particularly on a compare-and-contrast level to the far more small-c-conservative canon.

Finally: How the actual freakin’ frick did I manage to read over 2.3 million words of fic in a little over a month? I’m not even kidding about the number; I went back through my AO3 history page and counted. So now I’m in this, like… existential crisis or something, because I literally cannot imagine reading mainstream published works that ravenously, and I’m now kinda fascinated as to why.

Also, from all of that: big shout-out to hitlikehammers’s “Ghost Stories,” which turns out to be my absolute fav of everything I’ve read so far.