Oh, geeze. Where did the month go?

Time to climb the dreaded slopes of Mt. TBR:

As for reading… eeeh… not so much… 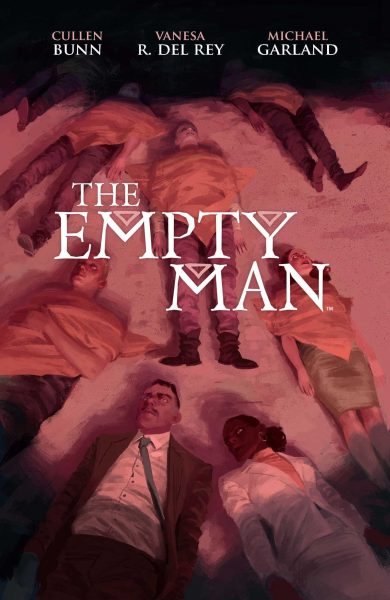 Weird psychoaffecting “plagues”, cults, body horror, gore… the blurb for The Empty Man is 100% My Bag Baby but, despite loving all the individual components, it never quite came together as a cohesive whole. I think it’s some combination of the totally-not-eschatological-Christianity-we-swear nudge-nudge-wink-wink of the cult, plus the oddly relaxed attitude the lead characters—an FBI and CDC officer—have when the literal monsters start appearing. The end result feels like it’s trying to tell too much story in too few pages.

On the plus side: I loved Vanesa R. Del Rey dark, dirty artwork, which I feel fit perfectly in with the tone the story was going for.

This comic reminds me a bit of a mish-mash of two of Ellis’s other works, Freakangels and Normal, in that it explores some similar ground (“small group who break the planet trying to save it” and “the horrors of futurism” respectively), albeit in a different way. It’s also an absolute science fantasy kitchen sink, which I will never say no to, and its protagonist is a female version of the Cynical Tortured Genius type which, again, I am totally here for.

Injection is definitely Ellis being Ellis, so if that’s your bag (spoiler alert: it’s mine), then so is this.

For the record, I still love Starfinder more when it errs more on the fantasy side of science fantasy. There’s nothing quite like the delicious thrill of reading some lore fluff about space stations on the Sun interspersed with titbits like “… and the embassy for the elemental plane of fire.” 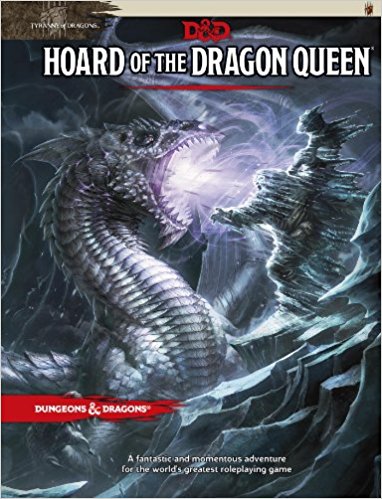 Hoard of the Dragon Queen

I actually read a D&D module. Yikes. What is the world coming to?

So this is the second in 5e’s Tyranny of Dragons metaplot, sitting between Lost Mine of Phandelver and The Rise of Tiamat, wherein Evil Dragon Cultists™ are trying to… raise Tiamat from the Nine Hells. I guess? I dunno. Which you really think I should, after having run Lost Mine and read Hoard.

These were the first modules released for 5e and… it kind of shows. Hoard is all over the place. There’s a “traditional” dungeon crawl segment, a roleplay segment, an infiltrate-the-baddies-base segment, and a… castle siege tactical miniatures game segment? Something like that. So while it feels like a good sampler of Things You Can Do With 5e, I kinda get the impression that, for most groups, there’s going to be like one or two modules they really “get”, while the rest will feel like a disjointed slog.

My other main problem, which I had while trying to DM this game (we got through the opening siege part), is that it took a lot of work to get characters to actually give a shit about what was going on. Again, this will vary depending on your group; mine tend to default to “murderhobo” so will happily kill their way through a dungeon for treasure. But as to why they’d want to “investigate” a cult that both, a) doesn’t directly impact them, and b) might kill them? Ye-ee-eah. About that.

Anyway, tl;dr, I won’t be running this as an actual module any time soon. The reason I actually read it was because I’m in the process of trying to turn the one-shot we played at Continuum into a longer campaign, and I was seeing what I could adapt out of Hoard to fit into that. Turns out, not much.

Okay so, first of all, I know this is not the main take-home but I was absolutely not expecting to see a Manic Pixie Dream Girl archetype in a novel published in 1949. Go figure.

So, yeah. This was my first time reading the often-cited-rarely-read 1984 and I’d like to give a big shout-out to all of my high school English teachers for not making me read—and thus loathe forever—this for class, and instead letting me come to it in my own time.1 Purely on its merits as a novel, I loved this much, much more than I thought I would. I’d kinda expected to slog through it in the way I encounter most Great Man Fiction™ in general and Great Man Science Fiction™ in particular (coughSolariscough). Not that Orwell would appreciate this being labelled “science fiction”—he notoriously hated the genre—but, well. It is. It’s basically cyberpunk before cyberpunk. It’s also some of the most bang-on accurate sci-fi of the last hundred years which, ironically, means that reading it now makes it feel like alt-history rather than the near-future sci-fi it was in its day. And okay, Orwell gets the time out by a generation or so, and he’s wrong about the socialism-versus-capitalism endgame, but otherwise? Otherwise this book is eerily reflective of the world of 2018. Right down to predicting the ubiquity of in-home surveillance, media produced by machine learning, and deepfakes. Almost to the point where one might get suspicious They™ are using it as some kind of how-to manual…

Also, because I love the irony, I bought and read the modern altered version of this book. Dennis Glover, who published this edition as a companion to his account of Orwell’s dying days, The Last Man in Europe, is very clear in the introduction as to the history of the alteration and the reason he’s tried to revive the version he has. It definitely does change the tone of the ending, although perhaps in a kind of a fridge-logic-y way. (Tl;dr spoiler alert: this version of the ending indicates that Winston has both mastered doublethink and managed to fulfil his “dying wish”, i.e. to get “the bullet” before the reality of his hatred of the party can re-manifest in his mind, and thus become susceptible to their manipulation, ref. the realisation he has in the Ministry of Love.)

So… yeah. Absolutely shockingly, 1984 pretty much is the masterpiece it’s generally lauded as; it’s both politically prescient, and a straight-up great read. Also it has way more sex and gore, and way less sexism,2 than I was expecting… oh, and (spoiler alert) the girl doesn’t die. In these times, a must-read. ⭐