I’ve probably mentioned before that, for a variety of reasons, I’m not the fastest reader in the world. Nonetheless, I managed to get through seven titles in July, which I think was pretty good. 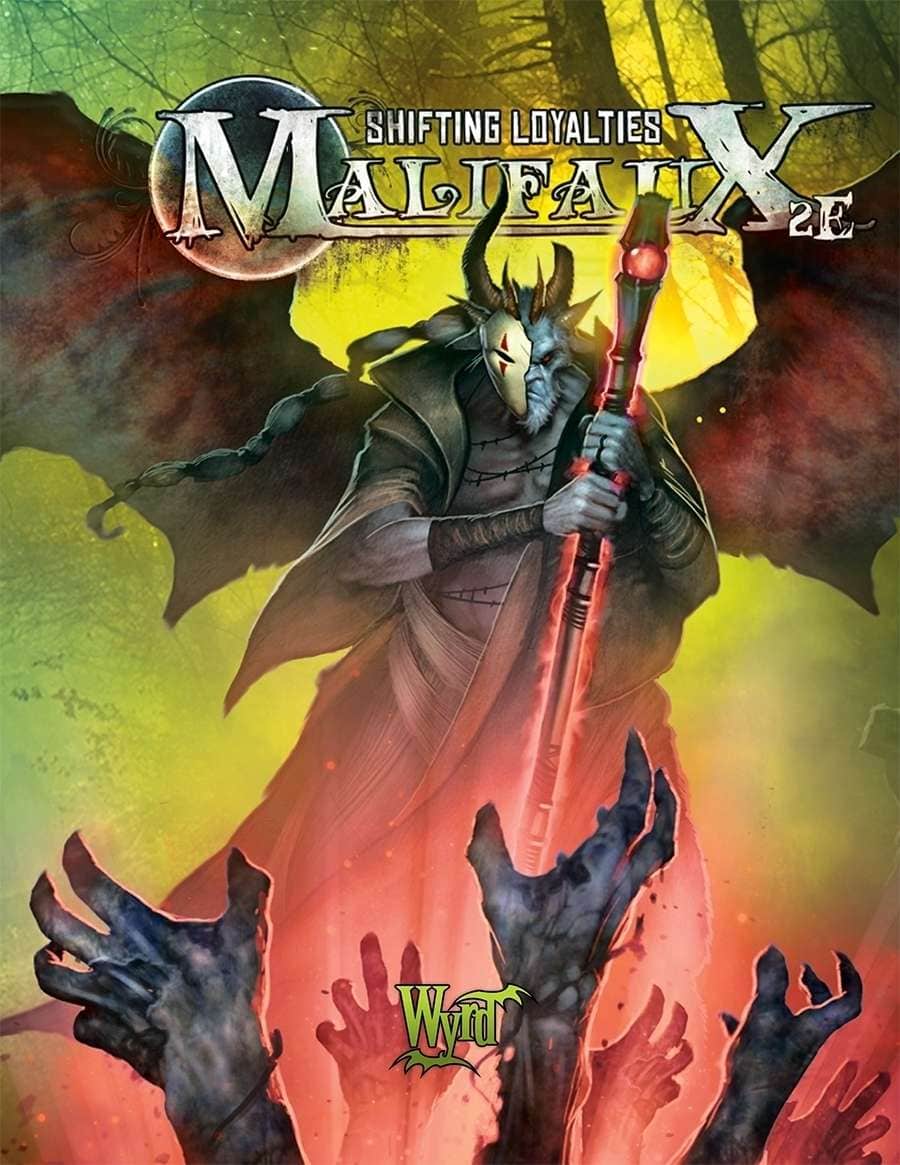 Shifting Loyalties: Malifaux: This is a game supplement for Wyrd Games’ Malifaux line of minis, and I will confess right up I bought it because it was edited by my friend Elizabeth and has a story from all-round top bloke Matt. That being said, I… ended up really quite liking the setting, which is a kind of alt-universe Wild West of magic and steampunk, accessible (sometimes) through a portal back to Regular Earth. I still have absolutely no idea how the game’s mechanics work (this is, after all, a supplement), but I’m totally here for the Neverborn faction. Also: baller artwork, which always helps. I’m always a sucker for a beautifully presented gamebook.

B.P.R.D. Hell on Earth, Vol. 2: Gods and Monsters: Seems like this month is the month for books with colons in the title. I picked the first in this series up last month on a recommendation and so far I’m really enjoying it, despite my patchy-at-best knowledge of Hellboy canon. Pretty much all you need to know for Hell on Earth is that Mr. Boy has left the building1 and been replaced by a number of less-friendly–and significantly larger–demons who are busy wrecking up the joint. The B.P.R.D. is the pan-government-ish agency of misfit toys tasked to try and stop them. Sort of. Basically, I just really love Abe (y’know, the fish-lookin’ dude). Abe is great.

Boneshaker: Cherie Priest’s story of a zombie-infested, steampunk Seattle. I think I have a bit of a “it’s not you, it’s me” relationship with this book, mostly because I like my steampunk as a subgenre of fantasy (see Malifaux), while this is very much sci-fi-rooted. So no magic, no outlandish creations, and not magic-versus-technology themes. There are gas masks and airship pirates though, so that’s cool. Plus a genuinely awful and creepy villain. Oh, and zombies. Did I mention the zombies? There are zombies. 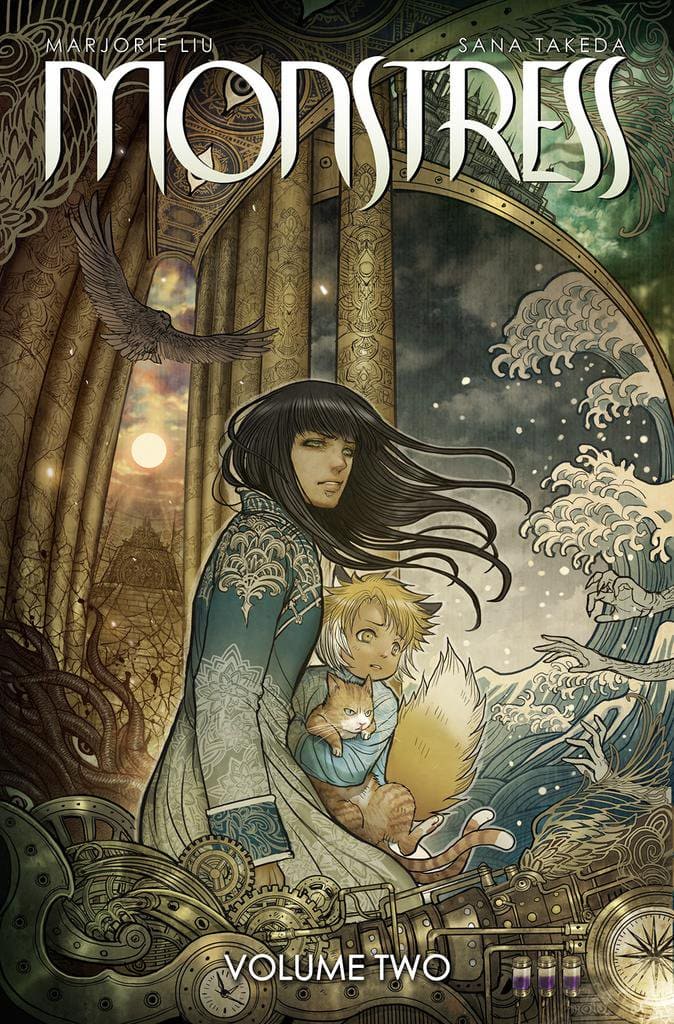 Monstress, Vol. 2: The Blood: I picked up volume 1 of this after seeing a bunch of photosets of the stunning artwork on Tumblr, and immediately knew I had to grab volume 2. That turned out to be easier said than done; apparently this title is so unexpectedly popular that my LCS can’t keep it on-shelves, and just ends up doing rounds of specials orders for people. The best way to describe Monstress is probably “Berzerk with more women and drool-worthy art (and also child cannibalism instead of demon rape)”. There’s a lot to unpack there, but that sentence will basically tell you whether or not this series is Your Bag Baby. It’s definitely mine. Having said that, volume 2 didn’t quite grab me in the way volume 1 did, since it’s a little slower-paced for the purposes of teasing out and filling in some plot threads. But there are still some great set-pieces, and the artwork remains, as ever, utterly stunning.

Kaleidoscope: Diverse YA Science Fiction and Fantasy Stories: I told you there were a lot of books with colons in the name this month. Anyway, this award-winning anthology is exactly what it says on the tin, and is absolutely deserving of its accolades. As always with short story anthologies, some will work better than others, but even the, um, maybe not-as-effective stories in Kaleidoscope are still very good. My favourites are probably the gut-punching “Walkdog“, by Sofia Samatar,2, Shveta Thakrar’s “Krishna Blue”, and Tansy Rayner Roberts’s “Cookie Cutter Superhero”. Highly recommended. ⭐️ 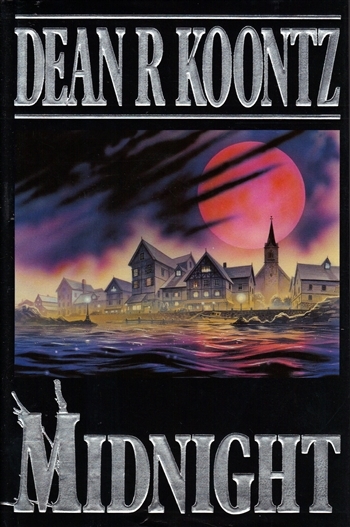 Midnight: This is Dean Koontz’s 1980s foray into computer-driven werewolf horror, some key visuals of which have haunted my childhood since our Baloo decided to retell this as a “campfire ghost story” at cub camp. Hence my desire to revisit the story as an adult. Needless to say, things that literally kept me from sleeping for months at age ten are decidedly not so effective at age thirty-three. While there are some good ideas here, I think the book as a whole hasn’t held up all that well. The protagonist is generic and bland, the otherwise-interesting female character loses all agency as soon as The Kid shows up, The Kid herself also loses all agency as soon as she’s with the adults, and there are some cringeworthy “disability porn” moments over the heavily paralysed war vet character. Oh, and this probably has the most ridiculous ending I’ve ever read in a novel ever, where after surviving the werewolf computer zombies (no spoilers; this is Koontz, not King), Blandy McProtag goes home and “reconnects” with his “delinquent” teenage son by–and I shit you not–destroying all of Son’s Evil Black Metal posters and albums, then forcefully hugging it out until the son cries. Like… teh fook did I just read? Yikes.

Phaethon: This is Rachel Sharp’s what-if-Apple-was-run-by-evil-faeries thought experiment. It’s a fun book that is legitimately creepy in some of the opening chapters, before the Mystery of the Phaethon is unveiled. After that, it turns into a sort of getting-the-band-together faerieland adventure story. There’s a lot of legitimately neat ideas and elements here, e.g. Rosie, all-round baller, and the whole thing at the end with [redacted for spoilers]. Also, I, uh. Totally want a Phaethon now. Ahem.

Next up: Books currently sitting on top of the reading pile include the Welcome to Night Vale novel, Ferrett Steinmetz’s Flex, and getting around to listening to the rest of the fascinating-but-depressing Political Order and Political Decay: From the Industrial Revolution to the Globalization of Democracy.