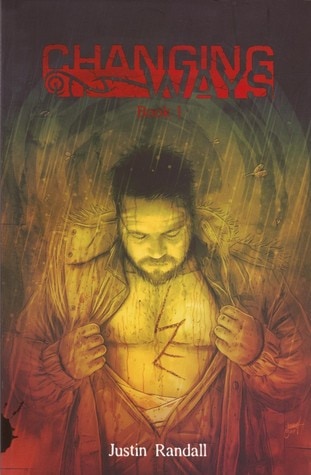 A moody, atmospheric super-powers-as-horror story, and apparently a kind of… prequel? Or something, to the “main” series.

The art absolutely makes this book—it’s a perfect combination of gritty, ethereal, and not-quite-photorealistic and I drank in every page—while the story itself has a kind of Stephen King-esque ordinary-people-trapped-in-a-small-town-but-really-trapped-by-their-INNER-DEMONS vibe which is, yanno. 100% my jam. Bonus: apparently Randall is Australian, and the particularly copy of this volume I picked up was signed. Schwoit!

One small disclaimer is the story itself uses a trope I really, really dislike right at the end which… can we just, like, not? I’ll totally still be picking up the next volume, however, for the artwork if nothing else.

Wallace’s novella is the first in a series about a high-end kitchen that cooks supernatural meals for supernatural clients, under direction of the government. It is an absolutely balls-to-the-wall (a-har) kitchen sink weirdness basket, and combines a bunch of my favourite things, including surrealist horror and Michelin-starred food.

That being said, there are points in this book where I feel its novella format… constrains it, just a little bit, and sometimes there’s a bit too much going on, too fast. The reader ends up glossing over so much without ever actually being given a decent, meaty bite of any part of it… which I guess is fittingly appropriate, for a series about dégustations1 and of which this is only the first course…

This is the third Discworld companion, which I was given as a gift. As it turns out, I also own the previous two, so… there’s a lot of re-tread ground here. An interesting resource—particularly for some of the reprinted interviews with Pterry in the back—but mostly for hardcore fans and competitionists only.

I’m pretty sure I got this as a freebie in one of my Conflux bags, and its original publication date is allegedly 2007. It’s… interesting to see how much Australian SFF has changed in the last decade, specifically with the work of presses like Fablecroft and Twelfth Planet that I think have expanded the room for Australian Australian specfic. So while the stories in YBASFF (vol. 3) are written by Australians, there’s only two or three that are obviously set here.2

A perfectly serviceable anthology if you happen to be given it for free. 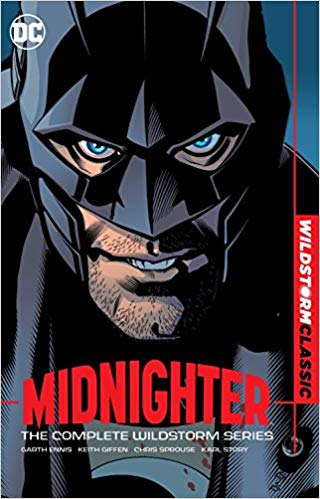 On the other hand, this collection has both the most beautiful images of Apollo ever drawn (you know the ones), as well as one of the best lines of dialogue ever written in a comic ever (paraphrase: “Weren’t you the president?” “Presidents are elected. I was part of a military junta.”).

Also included here is the Bellweather/”Lucas Trent” arc, which I mostly remember the fandom utterly loathing at the time it came out. I will concur—having now read the thing—that the writing… is not that strong. But mostly just in a kind of “meh” way, not in the sort of ruining-Midnighter-5eva way the fandom made it out to be. The main criticism of it at the time was that it was yet another breaking-up-the-marriage arc, which it’s really not. Yes, Midnighter goes off to Do A Thing on his own but, spoiler alert, you’re actually allowed to do that when you’re married—it’s not required that you live in your spouse’s pocket 24/7—and, honestly, I prefer this kind of Apollo-as-supportive-cameo treatment, given that any time Apollo does get actual things to do4 they seem to be of the OH GNOES RELATIONSHIP DRAMA variety which… can we just not?

So, tl;dr, writers still don’t know what the fuck to do with Midnighter, because apparently comics-as-a-genre is allergic to the notion of a dude who’s basically a Batman/Wolverine pastiche but who also has a long-term husband and a daughter. It also feels like this comic has no fucking clue who its audience is, and has decided to just aim at the default cishet dudebro market; hence all the gratuitous homophobia5 and weird, unsatisfying interpersonal relationships.6 Ugh.

The cat one-shot is good, though.

I’ve been putting off reading this book for, like, a year, partly because I adored Annihilation so much I had the whole, “But what if I read book two and it’s not as good and it ru-uu-uu-uins ee-ee-ee-et!” thing going on.

As it turns out, this fear was FOOLISH and WRONG and I utterly devoured Authority in like three days, propelled along on the rails of its deliciously creeping sense of unease and paranoia and the fact that it is both the rarest of beasts and also literally my favourite genre, i.e. the supernatural government procedural.

That being said, I didn’t… love the ending of this. Without giving away too many spoilers, the last ten percent of the book is devoted to this kind of weird pseudo-romance stalking obsession thing from the main character, Control/John, towards the main character of the previous novel, the biologist. Sort of. It “works” in context and, as a reader, you’re absolutely supposed to read it as weird and obsessive and potentially externally induced on John’s part, but… still. After the absolute rollercoaster of the rest of the book, it felt like a weirdly flat (and creepy-but-in-the-pathetic-way-not-the-good-way!) note to end on. On the other hand, it is used to, I assume, set up the final book in the series, so… I guess in like another year when I get around to reading that, I’ll find out!