So, hey. It’s that time of the month again. No, not that one. The one where I do a book recap of things I’ve read.

I confess this month has been a slow month, in part due to yours truly trying to plow through the last 30k of DEMONS… IN SPAAAAACE!, partly due to working on another Very Secret Project… but, let’s be honest, mostly because of getting distracted by Sexy Skyrim.

(Also, as an aside: This new trend of publishing more novella-length fiction? Love it. Keep it up.)

As for what I’ve actually read: 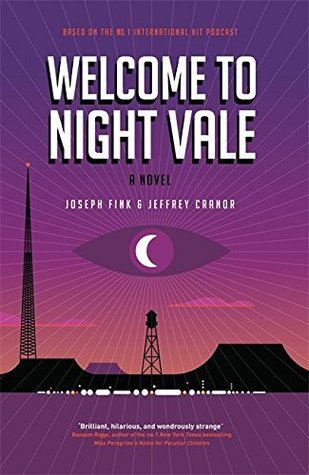 Welcome to Night Vale: It took me far, far, far too long to find this book in the bookstore, apparently because it’d been filed on the general fiction shelf rather than the SFF shelf, and who even goes to that part of the store? Anyway, I used to be mad on the WTNV bandwagon back in its heyday a few years back, and while I’ve somewhat dropped out of the fandom (and am wa-aa-ay behind in the podcast) I still have a soft spot for the ‘verse. While Welcome to Night Vale (the novel) references the show and its characters, it uses two new characters for its protagonists and follows a more-or-less new plot. I think this shift of focus disappointed some fans who were hoping for Cecilos: The Novel, but it gives the book a more “early WTNV” feel and I enjoyed the chance to get out and explore a little more of Night Vale (the town) through fresh narrative eyes.

WTNV’s (the show’s) strengths has always been its ability to showcase deeply humanist characters on top of a backdrop of surrealist eeriness, and Welcome to Night Vale (the book) does not disappoint. New protagonists Jackie and Diane especially shine, with rich interior narratives showcasing their struggles with adulthood (in Jackie’s case) and with motherhood (in Diane’s case). I admit I usually bounce off “motherhood” stories–I have, like, zero maternal instinct so it doesn’t tend to work for me as an empathy anchor–but I really enjoyed Diane’s loving-but-conflicted relationship with her son, Josh. I’m also a character-driven reader, and this is a character-driven book, so… with that plus the surrealism, it was right up my alley. Basically, if you’re a fan of the show, this book’s for you.

(One criticism, however: some of the editing of this books felt… a little rushed. There are odd tense shifts and a lot of mushy pronoun antecedents that made me feel there might have been, uh, some tension between the book’s editors and the narrative style. WTNV does have a very strong “voice” (a-har), but I do feel its initial transition to text could have been a little… smoother.)

“Welcome to Your Authentic Indian Experience™“: Rebecca Roanhorse’s twenty-minutes-into-the-future-style short story about cultural appropriation. I won’t say anything more, because I think it’s best to go into this one cold but, needless to say, it’s something that stuck with me for days after reading. Highly recommended. ⭐

Phantazein: An anthology of fable- and fairytale-esque short fiction from Tehani Wessely. This one was a bit hit-and-miss for me, which is probably more me than the book per se. The stories are very female-focused, but in a way that I often found to be a bit… nihilistic and gender essentialist? Like, Women are Women and Women Give Birth and Have Periods and Experience Sexual Violence, and there’s Nothing To Be Done about this unless you’re a Plucky Upstart in which case you can maybe get the Bittersweet (But Still Moralizing) Ending. Also: bonus points for the story that makes Wollongong seem like an Exotic Foreign Land. 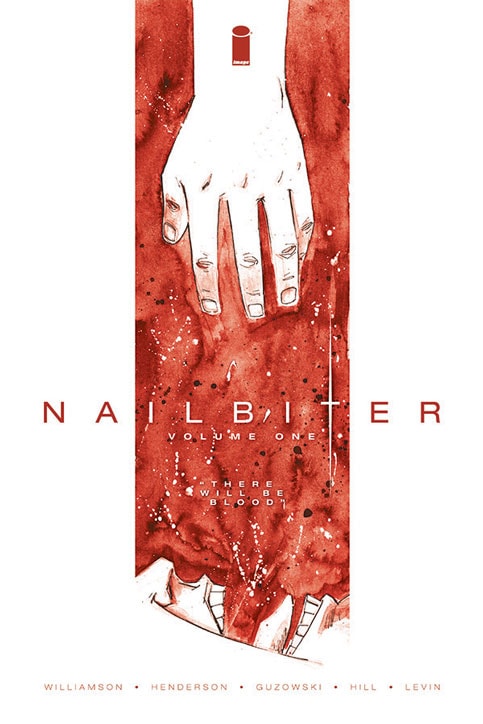 Nailbiter, Vol. 1: There Will Be Blood: This is Joshua Williamson’s comic about a town that “produces serial killers”. I picked it up after, a) I’d seen it recced around the place, and b) the LCS didn’t have copies of either B.P.R.D.: Hell on Earth, vol. 3 or The Coldest City.1 Described as “Silence of the Lambs meets Twin Peaks“, I admit I was a bit lukewarm on Nailbiter‘s opening volume. There’s some promise and one sort-of-squirmy set piece, but I suppose I was expecting Hannibal-style serial killings and instead got… a guy who bites nails. Yes, really. That’s his thing; he bites his victims’ nails (and fingers) off. Which, okay, kinda gory but, like, you remember that episode of American Horror Story: Hotel with, like, the dude glued into–? Yeah? Well, that’s what I was expecting, and this isn’t that. Maybe I’m just jaded.

“Starving to Death in Brunswick West”: Another cracker of a short, from Marlee Jane Ward. This one sneaks up on you, so stick with it even if the opening has you… unsure of why it’s included…

Next up: Absolutely 100% Kaaron Warren’s The Grief Hole, which I bought at last year’s Conflux and must read before this year’s.