Well, this isn’t entirely accurate, but I’m discounting my teenage goth misadventures with black lipstick and I’m hoping you will too because… yeah. No one needs to remember that.

This is probably because my mum doesn’t wear it, and never has. I remember when I was about ten or so, she went through a phase of trying to “do make-up.” I went with her to the Big W and watched as she filled up her basket with lipsticks and eyeshadows and mascaras and all kinds of things. We went home, and she tried it out, and… I think maybe she wore it, like, a dozen times after that? I dunno. I definitely remember what she looks like “made-up,” but don’t recall actually seeing her with make-up on for a good few decades. I do remember all the CoverGirl going into the bin, however, and that being the end of that.

Prior to today, there’ve been exactly two times in my life when I’ve worn “full” make-up. Like, not just a half-assed smear of black on my lips or eyes, but actually proper primer-foundation-concealer-powder style stuff. The first time was when I was matron-of-honour at my friend’s wedding, and was applied by her mother. The second was when I got my author bio photos taken, with make-up applied by the photographer’s wife. Other than that… nothing. And I’d never done it myself; I just didn’t know how. I knew it was complicated, and there were all these… things and they all had to go on particular parts in particular orders and whatever, but all that meant was I knew make-up was difficult and had no clue where to even start.

Here’s a video. I watched it last night, after Googling “make up for beginners,” because thankfully this is 2015 not 1995, which means learning basically any skill ever in the entire world is just one Google search away. I thought this was a pretty good tutorial, which is why I’m including it here. It’s good because the lady in it, Jen, goes through all the basic Make-Up 101 products and ritual and… actually makes it look pretty easy. Like, not scary at all?1 Actually, it mostly looks like painting which, on the one hand, duh Alis, but on the other, I’ve done art classes before. I can do painting and blending of colours and stuff. That’s not too hard! It’s just the whole “doing it on my own face” and “with my glasses off while everything is blurry” parts that are new.

So… okay. I start back at work on Monday, which seems a perfect time to introduce my new Wearing Make-Up To The Office shtick. (Hopefully everyone will have forgotten what I look like over the past two and a half months, so won’t notice too much.) Which gives me three days to practice not just applying make-up, but, like, wearing it? Because it’s… different? Or something. IDK. Like, if I have make-up on, will I need to start answering my phone differently so I don’t smear concealer all over the screen? Is that a thing I need to worry about now? What happens if my make-up screws up in the middle of the day? What happens if I cry? (Because, like, I cry a lot.) So many questions!

To get answers, I made a shopping list: foundation, concealer, powder, eyebrow pencil, eyeliner pencil, eyeshadow, lip-liner, lipstick. Oh, and a set of makeup brushes, because if there’s one thing I learnt from YouTube, it’s that trying to use the shitty little things they give you in the compacts is ahahahaha no. No, don’t do that. So. Brushes. 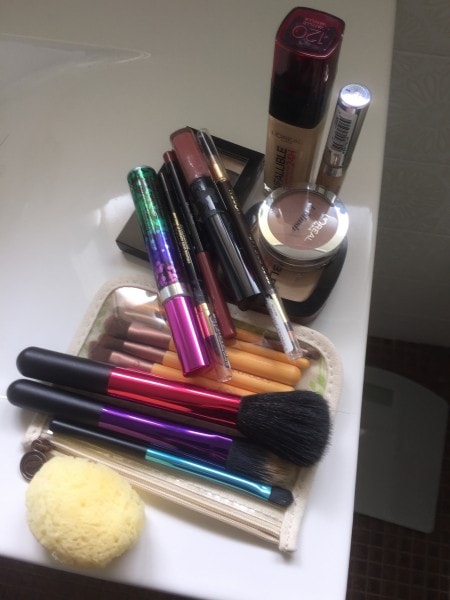 I came back with a bit of a haul.

Nothing particularly fancy; mostly L’Oreal and Revlon, because they’re… brands I’ve heard of, I guess? IDK. Seemed like an okay place to start.

So that all took me like half an hour. Then another half an hour to get all the pots and sticks and pencils out of their packaging, because apparently Big W has a problem with shoplifting in the cosmetics aisle, so has decided to combat this with FIVE ROLLS OF TAPE and TWELVE RFID TAGS per item. Awesome.4

The good news, however, was that the “buying” and “unwrapping” part of the expedition was actually the hard part. The actual “applying”? Not so much. Armed with brushes, tutorials, and memories of high school art class, I got to blending. 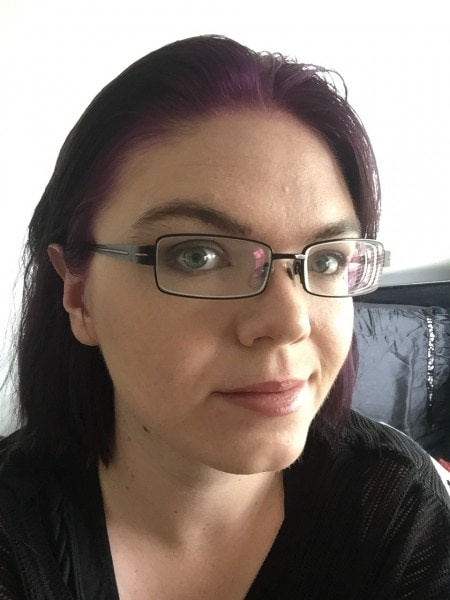 Aa-aa-and done. I have a huge zit on my temple and you CAN’T SEE IT (no, that thing you’re looking at is a mole) because concealer is MAGIC!

And there you have it; my very first time applying my own makeup. I think it turned out okay? And not nearly as hard as I thought it was going to be. Just… expensive.

So… yeah. That was my Exciting Adventure in Adulthood of today, and I now have (the start of) a new Life Skill, and a whole day’s worth of practicing wearing this stuff.

(Note to self: don’t scratch face with fingernails.)