So, plot twists. Lots of stories have them, and most stories — in my opinion...

Fun breakdown of the four kinds of narrative plot twists, with examples . . . and why three of them basically suck.

While I’m apparently having Opinions on Writing: Number One Hot Tip for anyone writing about characters going any place, particularly any place real, is to use actual locations.

Like, even if you’re just opening up Google Street View and walking yourself down a foreign city’s road. Don’t just have characters going to “a department store”;1 have them going to the Sogo on Nathan Road, or the Myer in Bourke Street. If they’re going to a coffee shop, make it the Elements at the back of the grey import sporting goods store; you know the one, you can get that Earl Grey hot chocolate there that sounds weird but is actually amazing. Give your characters opinions on locations around them! Make them hate a particular restaurant, or have opinions on local public art, or memories associated with a particular park. If you’ve never been to a city? Go talk to or read things from people who have; blogs, Yelp reviews, whatever.

Even if you get some of the details slightly wrong, and you will,2 the benefits of making your characters and your world feel “lived in” are worth it.

Very often hate reads are undertaken by people who fall outside of the text’s original demographic. I must stress that this doesn’t invalidate the criticisms (especially if we are talking about marginalised people deconstructing mainstream work written about them but not for them), but when it comes, say, to an unqueer white nerd who fundamentally believes all vampires should scary monsters and not romantic heroes, his point of view on Twilight may be useful but ultimately, I shouldn’t consume so much of his work that I internalise his voice. It would not be constructive. Because I am not trying to write for him.

I should not cultivate in my head a Critical Voice that is antagonistic to the premises of the genre I want to write in. That way lies compromising my ideas to appeal to hypothetical readers who would never actually want to engage with my work, all the while alienating people who are actually invested in the premise itself.

Jeannette Ng on not requiring what you hate.

Ng’s point here is that brutal, nitpicky critiques, sporkings, and hate reads can be fun… but they’re fundamentally poisonous to your own ability to write, because they stifle creativity. Part of learning is fucking up, and unfortunately when you’re a paid creative oftentimes the only way to fuck up is to fuck up publicly. But if the threat of the critical voice means you don’t have the courage to try and fail in the first place, you’ll never get anywhere at all.

And as Ng points out, this critical voice seems to hit marginalized creators the hardest. “Submit like a white man” might be a jokey thing authors say to each other when they’re angsting over whether to send this novel to that agent, but there’s a painful core of truth there. Because who is it in society who gets permission to fuck up royally, in public, and recover from it? Who gets lauded for “doing better” and who gets eviscerated for not being perfect in the first place?

As a personal confession, I do occasionally indulge in bouts of hate reading although, honestly, not that much given the state of Mt. TBR. But even when I do hateread I try and approach it constructively; obviously someone liked a work well enough to publish it, or make it popular, so… why? Dan Brown makes mediocre men feel smart. Twilight makes awkward teenage girls (and women who were once awkward teenage girls) feel loved. And, yes, usually there’s more to the story than just that (cough E.L. James cough), but…

People like things for a reason, even if you don’t. It’s often useful to understand why.

In fic-related news I find it endlessly fascinating what I consider ATG/OOC in AUs (or even just UAs/canon divergences), versus what I’m prepared to go along with.

Like… I’ve read some totally wild and wacky AUs that still “clicked” for me as being Yes, That’s Definitely Still Them while others, even if they’re technically more adept, fall short because they’re missing The Things. What are The Things? We may never truly know! But they are!

This Hot Take brought to you by one-too-many interesting, well-written, very hot fics that seem to just… fall apart in the third act because they don’t address That Canon Thing (You Know The One) in a way that makes the whole thing retrospectively feel serials-filed-on-ish. Like, okay. You took Generic Romance Novella 2083, slapped some canon names on it, rewrote a few minor scenes… but couldn’t structurally alter the denouement enough to really bring things home.

And actually writing it out this way has made me realize that what I probably mean is that the AUs that work for me essentially adapt the canon’s A Plot into the fic’s B Plot (since the fic’s A Plot is usually a romance). But fics that don’t successfully manage this, even if their characterization is otherwise pretty good, just… (sad trombone sound)

One student uses an extended cookie metaphor to contrast the writing she was tasked with in high school with what she’d experienced previously. High school has been a series of repetitive tasks, “I have (for the most part) only written one essay–introduction, three body paragraphs, and conclusion. I would clearly state my thesis, structure my evidence into three neat little pieces, and wrap everything up in five sentences rambling about how extremely significant my point was to the world.”

To this student, “My writing as well as my experiences with high school english in general ended up dry and flavorless, like a grocery store sugar cookie that sat on the shelf for too long. Sure, it’s beautifully shaped and frosted, but it usually doesn’t taste that great. It’s the type of cookie you only buy for its appearance.”

In contrast, in middle school, where the student was given more freedom to explore, “I enjoyed writing a lot more; rather than focusing on making a cookie look good, I could focus on making a cookie taste good. They were homemade, and cookies that are homemade tend to contain a part of the person who made them. Despite being rather misshapen and ugly compared to the store cookies, they at least tasted, if not good, how I wanted them to taste. I could write in a way that was meaningful to me, and as a result, I felt as though I improved and grew as a writer.”

John Warner on how to kill the love of reading and writing.

This post from a while back on narrative dealbreakers—specifically, the generally rarer/less-universally-condemned ones—got me thinking about what my own list would be…

END_OF_DOCUMENT_TOKEN_TO_BE_REPLACED

Random things that bug me in fic.

Greatest Hits from Random Things That Bug Me In Fic:

And how could I forget my All-Time Ultimate Nitpick OTP:

A look at roleplaying, specifically as it manifests in videogames. 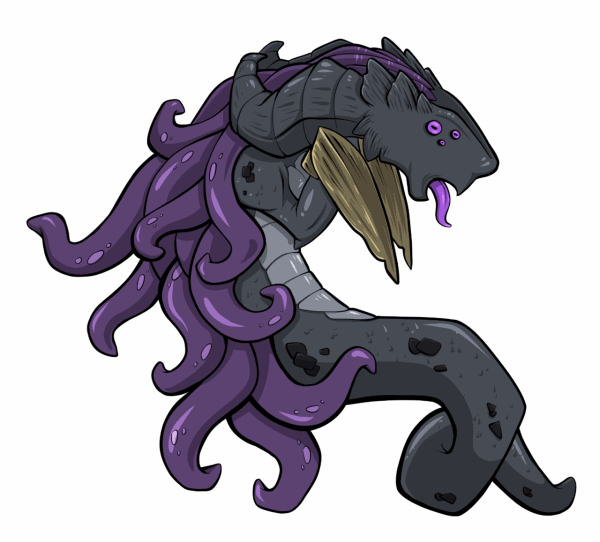