Editors Alis Franklin and Lyss Wickramasinghe are pleased to announce the Unnatural Order table of contents. As the order has not been finalised, they're shown here alphabetically by author surname. We hope you're as excited as we are to ...

Paul Weimer and Marlee Jane Ward, Administrators of DUFF, the Down Under Fan Fund, announce that the 2020 Race is now open, to send a fan from North America to ConZealand, the 2020 Worldcon in Well…

Any North American peeps who’re interested in some assistance getting to the New Zealand 2020 Worldcon may be interested to note the 2020 DUFF nominations are now open.

Honestly, it’d be really good to get some “new blood”, as it were, into this so… y’know. Check it out?

Having banged this drum extensively before, I decided to check.

END_OF_DOCUMENT_TOKEN_TO_BE_REPLACED

[Worldcon] taught me a lot of things, about writing, about people, about life. But it also let me know that I’m invisible until I’m not, and it’s never for the reasons that I want it to be. My talent, my stories, my brain, the fact that I’m a fucking person who exists and is talking, none of that matters. When I do matter, those rare occasions, it’s my tits. It’s my ability to service your dick. It’s the fact that I’m a random collection of bumps and holes that just so happen to fall into the correct schema to spark desire when someone is drunk enough to not care that I’m not hot or young.

Marlee was Australia’s DUFF delegate to Worldcon 76 in San Jose. That is, she was the individual nominated and sponsored by the Australian and New Zealand fan communities to represent them at the Worldcon. Saying that she should never have been treated this way somewhat elides the fact that no one, ever should be treated this way… but especially not when they’re representing their region at an international conference.

ladybusiness | Putting the World in Worldcon

For something that’s got the word “World” in the title, “Worldcon” sure does seem to get held in the US an awful lot…

Some of you may remember this was my bugbear from a few years back, although ladybusiness brings some actual crunchy analysis to the table.

The world in WorldCon.

The Hugos: Putting the World into WorldCon - Napper Time

It’s time to put the world into WorldCon. Time to include geography and national culture in the definition of diversity. Past time. This here is just a discussion in good faith. Remember those? There’s no outrage; no political side. All...

Given that it’s Hugos nomination season soon, T.  R. Napper has an excellent (start of a) list of eligible non-USian works. 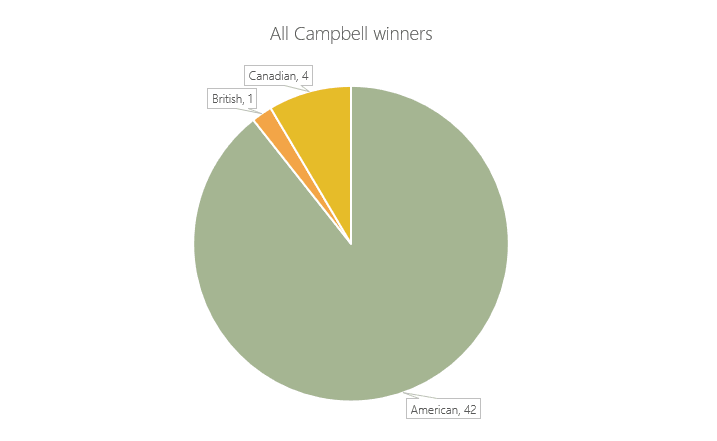 In the past 24 hours, there’s been a significant online blowup surrounding the programming for Worldcon 76 and the convention’s treatment of marginalised creators, including those who a…

Foz Meadows has a write-up of the current WorldCon 76 drama.

This all feels very much like people used to running a small-town parochial con1 with an established member-base suddenly getting in a twist because they have to accommodate (gasp) outsiders.

I do think it’s maybe indicative of the fact that WorldCon is finally starting, in the last few years, to live up to the “world” part of its name. In other words, you can’t just have your local con grab the host spot and expect to be able to run things in the same way you always run them…

… Worldcon sweetie what are you doing?

FWIW the only SMOF-y conspiracy theory I’ve ever heard about Worldcon is that there’s a SEKRET CABAL of people in the US who rig the host bid vote to make sure any non-US con is immediately followed by a US-hosted one intentionally crafted to be small scale/only for the Worldcon old-guard. I’d never really put much stock into that (because lawlz conspiracy theories), but man the current concom seems to be working damn hard to try and convince me it’s true…

Oh. THAT’S why WorldCon is always held in the US…

This morning, I woke up to an email letting me know site selection voting for the location of the 2017 WorldCon is now open.

Voting is $40, which is essentially buying a supporting membership to the 2017 Con, no matter where it ends up being held. This is the same $40 that will let you nominate and vote in the Hugo Awards for that year, so even if you don’t/can’t attend the con itself, it’s not a bad deal if new spec fic is you bag baby. Think of it as like a kind of annual Birchbox but for SFF.

Potential sites for the 2017 WorldCon are Washington D.C., USA, Shizuoka, Japan, Montreal, Canada, and Helsinki, Finland. Of those, Japan is my favourite because, a) it’s Japan,1 and b) it’s the closest to me of all the sites. Next preference would be Helsinki, which I’ve never been to, but we’ve got some friends in Norway and the Netherlands, which are nearby,2 and so is Iceland, which is also a super-rad place I’d totally 110% go back to.3

So yeah. I have Opinions, and I should totally go exercise those, right? Okay. So I’ll just… oh.

The 2017 site selection ballot is available online and a paper ballot is included in the site selection packet. However, Site Selection voting is by PAPER ballot only. The WSFS Constitution guarantees the bidding committees the right to audit the voting.

Ballots may be sent in advance by postal mail to the address on the site selection ballot, and such ballots must be received by the mail-in deadline of August 10, 2015.

You’ve got to be kidding me. It’s 2015 and I have to send in a paper ballot and a cheque? Despite the fact that the site promises online payments, as opposed to cheque mailing, the facility is “not available yet”. Which… y’all know how long the international post takes to get around, right? ‘Cause four months might seem like a long deadline now, but it really, really isn’t. Not to mention the hassle of actually going to the post office, finding stamps and an envelope,4 paying for stamps and an envelope…

Yeah. I mean, c’mon. And to think. Just the other day I was wondering why so many WorldCons are held in the US. Now I know: the logistics of the site voting process is stacked in such a way to keep it there. It’s a wonder WorldCons ever get held anywhere else.

It’s also bizarre to me that the payment logistics of WorldCons seem to be handled by the individual cons (?), and not the World Science Fiction Society. The World’s Fair, by contrast, which WorldCon grew out of, is run by a central authority, the Bureau International des Expositions. The BIE is French, because the original World’s Fairs were in France, but today it has 168 member countries, and it’s the BIE that manages the schedule for Expos, not the last country an Expo was held in. Ditto with the Olympics and the IOC.

Online payment and voting logistics–specifically the auditing thereof–aren’t trivial, and can be super expensive. But they are doable. Except not if every single tiny town and its dozen-member con volunteer group has to recreate everything from scratch every year. That’s bizarre. Surely there’s some kind of SaaS platform that the WSFS can centrally administer for this purpose?