I don’t think I ever actually posted this…

It’s the layout for my Dreamwidth account! Just, y’know. In case you want to use it too.

END_OF_DOCUMENT_TOKEN_TO_BE_REPLACED

Can you successfully navigate to the end of the most badly designed website in history? Take this test to find out!

(Spoiler alert: I could not. The CAPTCHAs defeated me.)

It was 1981. Computing was in its infancy. And the designers at Xerox needed a solution…

So this article is specifically about the increasing standardization of UX design jobs, though it’s by no means limited to that particularly sector.

Incidentally, while the term “McDonaldization” was coined in the 90s, the concept is much older; Marx, for example, talks extensively about it in Capital while describing the ways previously artisanal traditional crafts—everything from making furniture to bread to lace—were changed to accommodate factory production. What we’re seeing now, and what the linked article is a symptom of, is that those same processes are now starting to creep into the formerly white collar professions, particularly in IT.

IT has historically been a bit insulated from McDonaldization because it’s a young industry, meaning a lot of its forms and processes and, importantly, integrations with existing capitalist structures (i.e. businesses) so on weren’t standardized. Inventing the hamburger menu in 1982 made you a world leader in UX. Implementing one today means mindlessly copying forty years of prior art…

A dude did A/B testing of banner ads on his website, empirically proving they reduced overall engagement. Also with the follow-up of, “If People Hate Ads So Much Why Don’t They Just Install an Adblocker?”

The modern web is garbage. 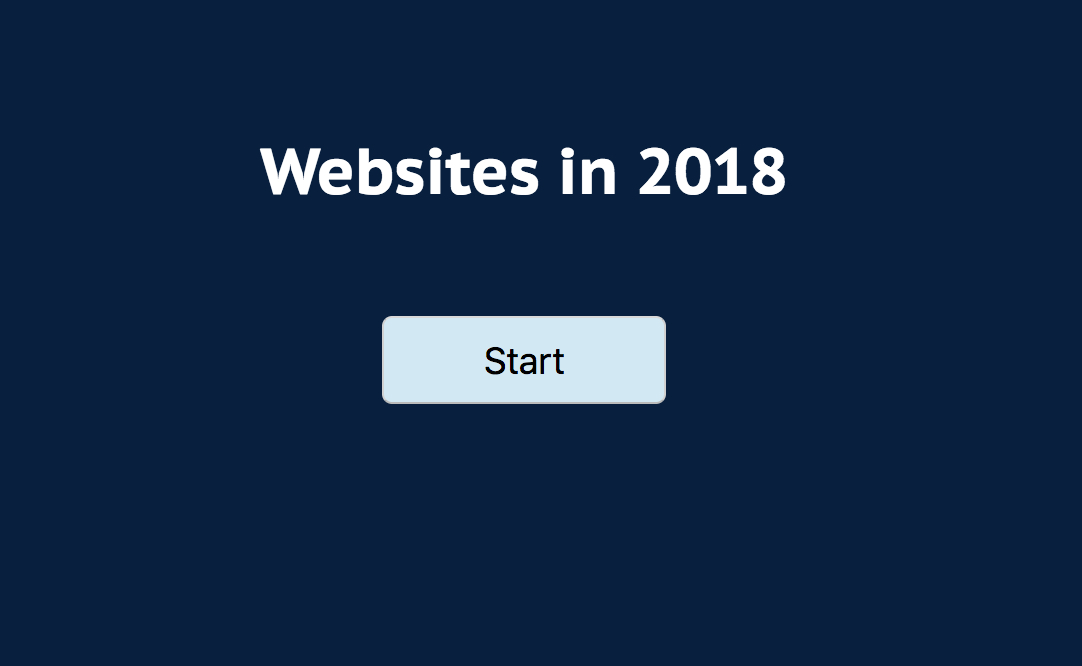 From last year, but still relevant.

CSS Border-Radius Can Do That? | IO 9elements

TL/DR: When you use eight values specifying border-radius in CSS, you can create organic looking shapes. WOW. No time to read it all ?— we made a visual tool for...

Whatever Happened to the Semantic Web?

In 2001, Tim Berners-Lee, inventor of the World Wide Web, published an article in Scientific American.

On the birth and death of the semantic web.

I confess I… was kinda into the semantic web. Back In The Day, when I used a homebrew system rather than WordPress, my entire blog was even rendered in XML, styled for display to humans via XSLT transformation.1 This was back in the XHTML heyday. I always hated XHTML—it’s basically the worst of both HTML and XML and I’m glad it “lost” the standards wars—but I liked the clean separation of data and presentation as represented by the XML/XSLT combo.2

It had, of course, some obvious downsides, the main one being that it would crap itself and fail if it encountered even slightly malformed data (as opposed to HTML, which is endlessly fault tolerant). It was also very easy to machine-parse, which is both good in the sense of interoperability but, conversely, also bad in the sense of interoperability, depending on your stance on content silos, web scraping, and plagiarism.

Still. It was neat, and clean, and I do kinda miss it. Modern “alternatives” like microformats and JSON whatevers and and such and so on always seem like… pale and compromised imitations.

Every time I read an article like this, I’m reminded that, had the internet been like it currently is when I was fifteen, I never would’ve made my Baby’s First Website, thus never would’ve gotten into computers or technology.

Why do Kids These Days seem so weirdly technologically illiterate? Blame the increased corporatization of the web and ridiculous over-inflation of barrier to entry on even basic development tasks, I guess.1

CSS dismissal is about exclusion, not technology

It’s that time again. Regular like clockwork, it seems to happen each September. Something happens, and suddenly webdev twitter is taken over with a battle royale over the value of CSS. Time for half the front-end development world to dis...

I admit I haven’t paid much attention to webdev trends in the last decade or so, so I hadn’t heard about the whole “CSS-in-JavaScript” thing… nor about its gendered element.

This post contains everything you need to know about alt-texts! When to use them and how to perfectly craft them. By me, Daniel, a web developer with vision impairment who use a screen reader in my day-to-day life. My experience of images o...

Er. Not that kind of alt-text. The kind you put on images to assist people who use screen-readers.

I confess I’ve been historically bad at alt-text, though I’m trying to do better and this article helped a lot.