Okay no but stop what you’re doing right now and check this shit out immediately.

So Angry Robot has done the cover reveal for Paige Orwin‘s holy-shit-what-did-I-just-read-this-thing-is-incredible debut novel, The Interminables. I was lucky enough to read this book at the end of last year and, dudes. Du-uu-uu-udes. Twenty-minutes-into-the-future magitek urban fantasy about Time and War teaming up to take down the threat of eternal peace? Like legit no lie. One word: Awesome.

A ghost swung down onto the cabin catwalk.

It was a man, bespectacled and broad-shouldered, wearing an army uniform tunic, field cap, and leg wrappings of a style not sported since 1916. Austro-Hungarian. The First World War. A medic’s cross banded one arm. He might have resembled a hawkish clerk, with broad cheekbones and a hooked nose, if the burn scarring that twisted the left side of his face into a ruined mockery of a grin hadn’t countered that impression. Barbed wire coiled at his feet.

Istvan Czernin. Best surgeon in the world, and one of the most dangerous entities the Twelfth Hour had ever captured. He was des Teufels Arzt, the Devil’s Doctor, the legendary apparition who had haunted battlefields across Europe and Asia for decades, leaving a trail of blurred photographs, tight-lipped veterans, unofficial unit insignia, and mysterious gashes in the wreckage of tanks and aircraft.

He’d tried to kill Edmund once, a long time ago. Edmund liked him better as a friend.

I know, right? You can read more. And also pre-order it and do the GoodReads thing. Do-oo-oo-oo-oo ee-ee-ee-ee-ee-et.

Messing around with drawing on the iPad. It’s Lain with a cricket bat. Because Reasons.

Incidentally, if you’re curious about what those Reasons are, Stormbringer is currently on sale for the low-low price of $1.03. Just in case you need more cricket-bat wielding anthropomorphic archaeopteryx gods in your life. 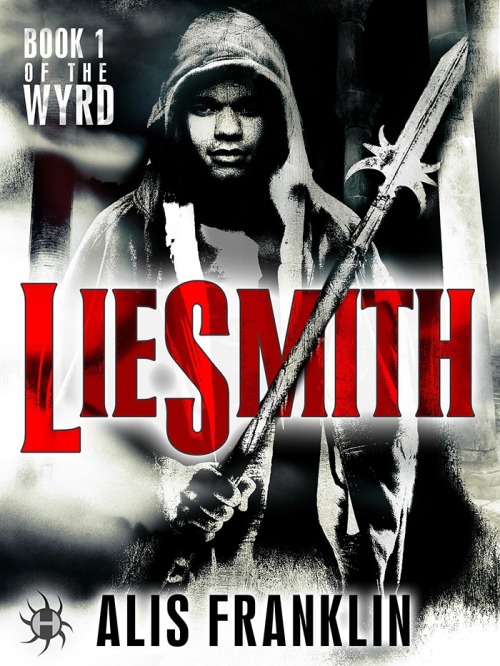 Hey you. Yes, you. You want some queer, geeky urban fantasy with a protagonist of color? Also Norse gods? Also anthropomorphic feathered dinosaurs?

Well then today’s your lucky day, because for a limited time only, Liesmith is $0.99 on Amazon.

Yes my friends. For very slightly less than one dollar, you too can enjoy a break from skinny white girls getting the boy and saving the world, and enjoy reading about an overweight PoC geekboy doing the same.

Did I mention there are anthropomorphic dinosaurs involved? Because there are. Also: it’s set in Australia. Do you know what a ranga is? Because you will once you read this book.