The low, rumbling frequencies of death metal mimic the sounds of struggling fish

Playing AC/DC to attract sharks is the most hilariously Australian tourist trap shit ever.

(Like, don’t get me wrong, I’m sure the whole “the sharks are attracted to the bass” or whatever is real enough… but choosing AC/DC is one hundred thousand percent to fuck with and wring money out of credulous Yanks, because come on. It’s almost too easy…)

The loudest and most powerful voices when it comes to the future of the planet — the ones with their hands on the levers of power — have a strong tactical advantage: they will be dead before the shit really hits the fan. This fact curiously goes unspoken, for the most part. Popular arguments tend to be framed around a rosy vision preserving the planet for future generations, which gives our boomer aristocracy the most effective cover story imaginable. They don’t need to care about that, as nice as it sounds. Why would they? It’s all completely hypothetical to them. You may as well be talking about climate patterns in Narnia. Make no mistake: older generations living in the developed world are part of history’s most under-appreciated death cult.

This isn’t abstract psychoanalysis. There is a brutal calculus going on in the minds of everyone from your skeptic uncle to the bankrollers of squillion dollar think tanks whenever they think or talk about climate change. They know that they will never have to really answer for their opinions on this matter, because they’ll be six feet under (and loving it!) when the world’s arable land is rendered infertile and its coastal cities flooded by rising oceans. In some dark and venal corner of their minds, they’re thinking about that fact all the damn time. Despite the frightening predictions of the new IPCC report, they’ve still got plenty of wiggle room to keep denying until they’re dead – which will be sooner rather than later. With any luck they’ll even avoid being held accountable in any concrete way, which for the conservative commentariat is an even worse fate than the Mad Max hellworld towards which we are hurtling.

J.R. Hennessy wants Boomers to shut up about climate change.

Is it OK to toss an apple core or banana peel outside?

Biodegradable items like apple cores or banana peels can be litter too. Here's an array of reasons why you shouldn't toss them outside.

As someone who is (was?) definitely of the “toss the apple core into the bush” mindset, this… is good to know.

Billionaires Are the Leading Cause of Climate Change

As the world faces environmental disaster on a biblical scale, it's important to remember exactly who brought us here.

Also, while we’re on the subject: it’s not using plastic straws or taking half-hour showers that’s destroying the environment. It’s the fucking mega-rich.

Repeat after me, kids: Individual “choices” cannot fix structural issues. And as the article points out:

[T]here is no “free market” incentive to prevent disaster. An economic environment where a company is only considered viable if it’s constantly expanding and increasing its production can’t be expected to pump its own brakes over something as trivial as pending global catastrophe. Instead, market logic dictates that rather than take the financial hit that comes with cutting profits, it’s more reasonable to find a way to make money off the boiling ocean. Nothing illustrates this phenomenon better than the burgeoning climate-change investment industry. According to Bloomberg, investors are looking to make money off of everything from revamped food production to hotels for people fleeing increasingly hurricane-ravaged areas. A top JP Morgan Asset investment strategist advised clients that sea-level rise was so inevitable that there was likely a lot of opportunity for investing in sea-wall construction.

Or are we dancer?

The List Of Animals Who Can Truly, Really Dance Is Very Short. Who's On It?

YouTube is chock full of cats, gophers, dogs and chimps who are supposed to be dancing. But they're not. Biologists say the list of "true" dancers is extremely small. We're on it. But guess who else?

Today in Things You’ve Probably Never Thought About Much: why are humans one of the few animals that can dance? Like, really dance, instinctively, without being instructed. Like when you hear a beat and you just can’t help bopping along, for the sheer joy of it, even if you have no actual ability and your efforts are clumsy and laughable.

Turns out, this is not only a universal human trait—it’s up there with “language”, “art”, “games”, and “jokes” as something found in every human culture in some form or another—but it’s almost unique in the animal kingdom. The only other animals that’ve been observed doing it? Parrots and elephants.

… honestly I don’t know what I expected. 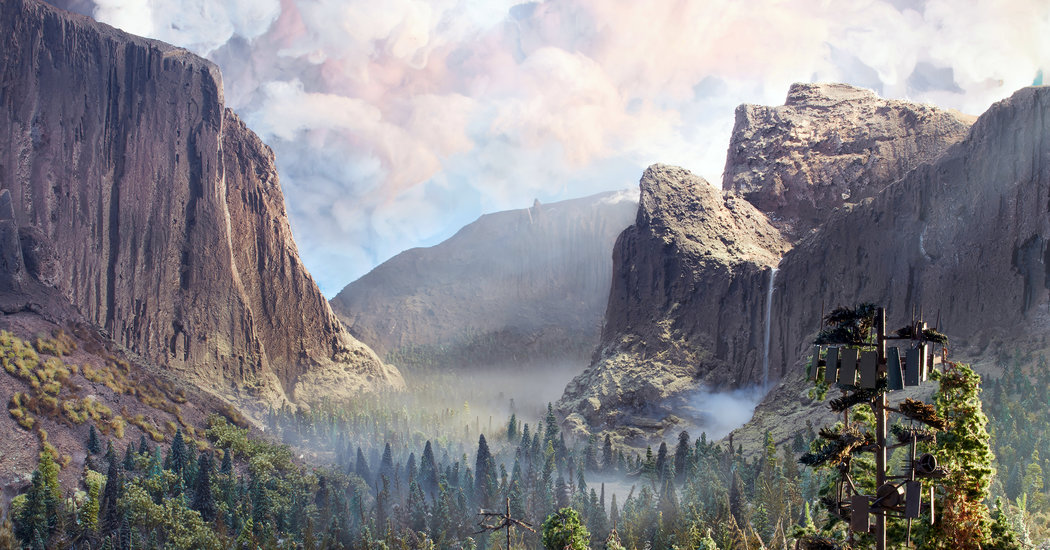 A Lifelike Version of Nature, but Not to Scale

It takes a patient person to forge the botanical miniature of a leaf. Who wants to make a forest?

On the rare art of botanical miniatures.

My hen has chickens!