Microsoft’s April Fools’ Day ban comes just as the company resurrected its Clippy Office assistant before killing it off a day later. Microsoft workers transformed the paperclip into an animated pack of stickers for the company’s Teams chat software, but a source tells The Verge that the “brand police” inside the company shut it down a day later.

Say what you will about corporate April Fools’ jokes,1 but the line, “We focus-tested this and our metrics say it doesn’t play well with the news cycle so don’t do it” is just the most… Like, whatever the opposite of mandofun is, this is that.

You want to download something from the downloads page?

Not even Bill Gates can use Microsoft.com.

I know 2003 is a million years ago in Internet Time, but for those of us who remember what the old Windows Update interface was like…

What they are in the light. 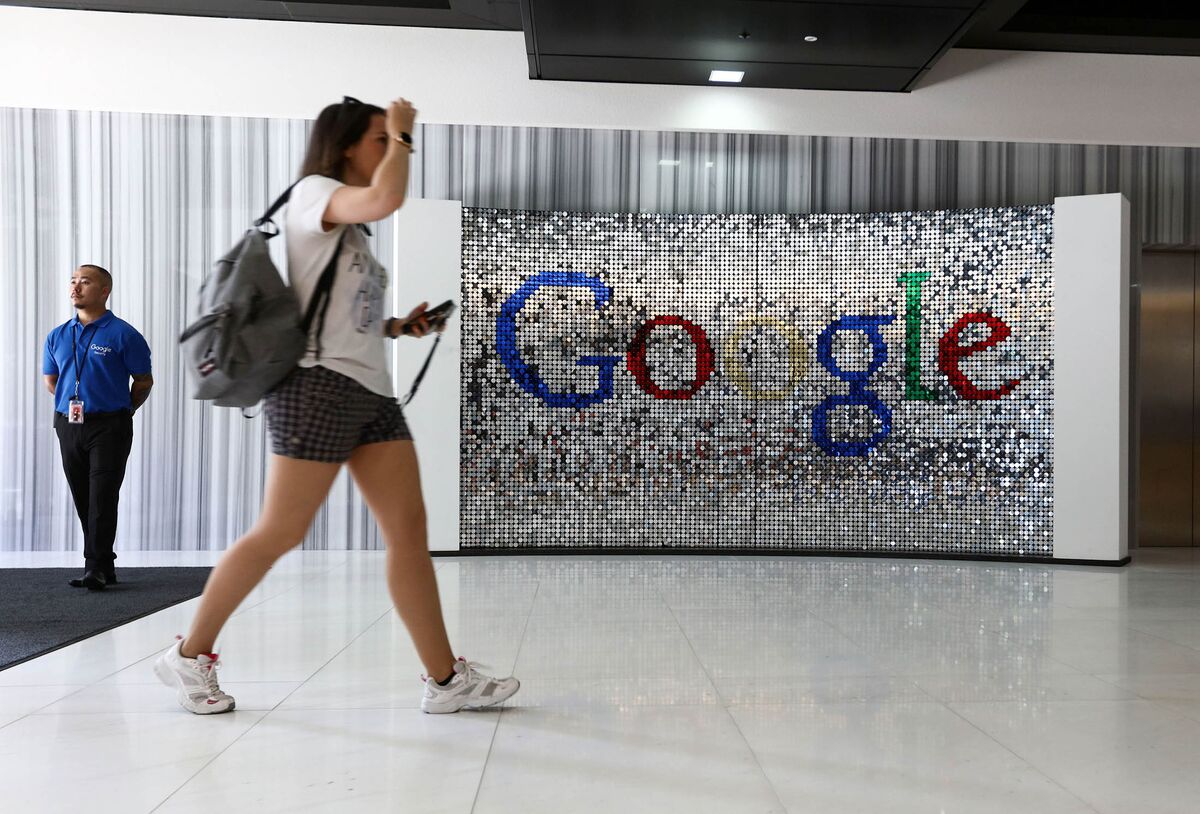 Google Will Stop Reading Your Emails for Gmail Ads

Something to be thankful to Microsoft for: Google will apparently phase out reading emails for targeted advertising.

Microsoft’s O365 is Google’s biggest competitor in the corporate email hosting space, and one of the biggest reasons companies pick O365 is because Microsoft doesn’t hang a skeevy-as-fuck ad platform off of it.1 Google’s approach works for personal use and for small businesses and start-ups (who’re more worried about not spending money than privacy), but Microsoft’s is more popular in large business, government, and education, all of whom tend to place more emphasis on data privacy and sovereignty.

Whether or not the privacy issues with Google’s email ads are a real or invented problem is sort of moot. The fact that people perceive there’s an issue there means more are moving to competitor platforms, specifically Microsoft and Apple. The latter hasn’t aggressively pursued the enterprise market, but every now and again there are rumblings that they might be thinking about it, particularly in the small- to medium-business end. Apple arguably has the weakest SaaS offering of the three–which isn’t to say it’s bad, it’s just that Microsoft and Google’s are so much better–but does have both the highest hardware satisfaction rate and the most vocally strong stance on privacy. Microsoft doesn’t sell its privacy angle as hard as Apple does, and they’ve had a few public gaffes, but they’re pretty solid on it, particularly around enterprise.2 In other words, both companies are using privacy as a market differentiator and, from the looks of it, not just succeeding but forcing Google to play catch-up.

Either way, for once this almost looks like a good news story on the user end. Huh. 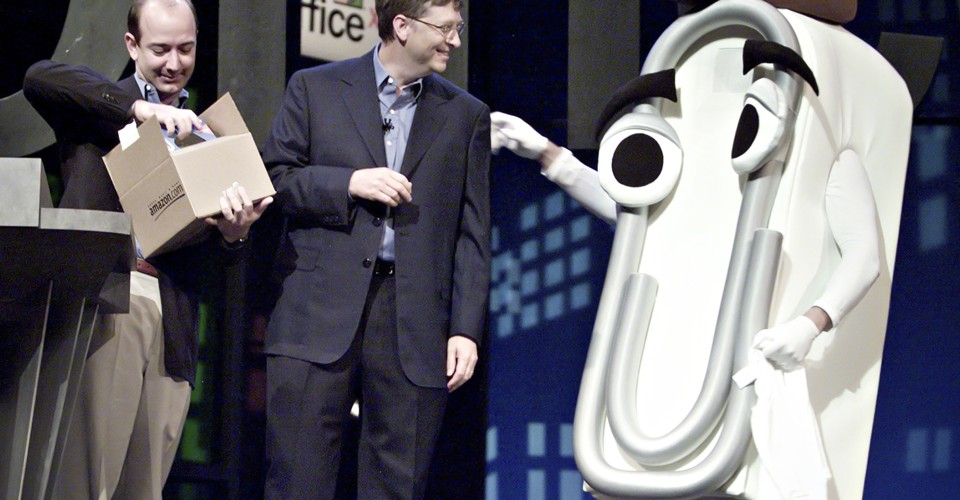 Women in early focus groups said the animated paper clip was leering at them. Microsoft moved forward with the feature anyway.

TIL from this article:

The latter is apparently because women read Clippy as “too male” and “leering”. The male engineers who were in charge of reviewing this feedback decided they “didn’t see it”, and thus the women were wrong.

This is where sexism in tech gets us, people.

Are Amazon exclusives the next big challenge for everybody else in publishing? | The Idea Logical Company

Somebody smarter (or more patient about wading through data) than I am could probably figure out how far along this bifurcation is already, but Amazon is doing its very best to build a body of content that is desirable and available from nobody else but them. This is something you can do when you’re in …

For those who’re unaware, Amazon offers a lot of perks to publishers–specifically, self-publishers, as I don’t know of any traditional publisher who’s pursued this route–who vend their content solely on Amazon.

To anyone who’s been paying attention, this should be ringing massive alarm bells. This isn’t just about Amazon being a sole/majority vendor in its space, which is bad enough, but also being a sole/majority platform. Again, the tech industry is littered with examples of just how badly these arrangements tend to turn out for both content producers to end users. Think 90s era Microsoft, or the current Apple App Store, or the Google and Facebook domination (read: monetisation) of private user data.

The thing to remember in all of these cases, too, is that each company became dominant in its category because, initially, it brought some combination of innovation, convenience, and price accessibility to consumers. Windows’ success was built on the face it was licensed for use on multiple hardware platforms, leaving the hardware vendors to compete for market share, taking the pain of dropping prices and rising features. Microsoft, meanwhile, “won” no matter how many hardware manufacturers went under (the Osborne Computer Corporation, anyone?). Apple (intentionally) missed this boat in the 1980s, but now dominates the strategy in the mobile app market; the mobile app market essentially is the iTunes store, because the vast majority of smartphone apps are iOS-first or iOS-only. But, again, the iTunes store only got as big as it is because of the innovations Apple brought to the smartphone market, both for consumers (people tend to forget just how shitty pre-iPhone phones actually were) and for developers (the App Store is a convenient way to get your product published).

Kindle, I think, is very analogous to the App Store. Once again, a vendor–in this case, Amazon–has figured out how to monetise the labour of thousands, all at next to zero risk for itself. Like Facebook with users, Apple with developers, or Microsoft with hardware vendors, the health of individual authors using the Kindle platform is of no interest or concern to Amazon.1 If one or ten or even ten thousand authors go “out of business” (a.k.a. stop writing), it makes no difference to the ‘Zon, who can offer exactly the same service to the next hundred thousand authors willing to that their places.

This is what it means to treat books as interchangeable widgets, and this attitude is why so much of traditional publishing–which still, for its sins, tends to see books as capital-letter Culture–recoils in moral horror at what Amazon is doing. (Meanwhile, much self-publishing rhetoric, which is built on post-modern libertarian ideals, does the same to what it sees as the “gatekeepers” and “snobs” in New York.)2

The other take-home from the tech industry, then, is that “vendor-locking” yourself to a single platform or distributor, even if it seems beneficial in the short term, is a hugely risky strategy;3 one that will constantly have you as the underdog. There are two models that “work” in tech. One is the Apple Way, which is to wholly control the end-to-end experience of your product, from design to distribution (see also: most social media platforms, where this trend tends to be less visible to anyone who doesn’t remember the days of the decentralised web, prior to the mid-2000s). The second is the Microsoft Model, which is to produce content which is ubiquitous on as many platforms as you can get it on.

Tl;dr: be very, very wary of anything that locks you into reliance on a single vendor. It never works out well…

Amazon v. Hachette: Everyone Is Wrong But Me | Articles | Eviscerati.Org

This is kind of cool; Microsoft has developed the Panorama Mode of first-person cameras. Basically a way to smooth out time-lapse (spend-up) Go Pro-style footage into one long, smooth, stream. Read more about how it works on their site.

Newsflash: cloud data is not private.

How Microsoft tracked down a spy who leaked its secrets | ZDNet

Alex A. Kibkalo, the former Microsoft employee charged this week with leaking the company's trade secrets, was a little too loyal to Microsoft services. That turned out to be his undoing.

Also known as “don’t use a company’s own public services to leak secrets about that company“.

In the day job we tell anyone wanting to put data onto a cloud service–no matter the service or the relationship with the vendor–to assume that data is compromised from the moment it’s online, if only by the company’s own employees. The real question is “do I trust Google/Microsoft/Apple/Amazon/whoever’s staff and contractors with my data”. If the answer is yes–and it often is–then the answer is yes and that’s fine. But you need to ask the question first, not just assume no one will or can look.

[T]hink what you might be able to do with your word processor today if there had been the same kind of competition there’s been between mobile phone makers? Instead of having to open different programs to do slides, or databases, or text, you’d open just one, and you’d be able to do so much more with it. Want to do a book?  Just click on templates, the way you do with a free blogging site, and all the formatting would happen automatically.  Want to publish it to the Web instead?  Same deal. I guarantee you that you’d be able to do even more things that I can’t even think of (remember the mobile app analogy?)

–Andrew Updegrove on the problem with monopolies.

As I’ve probably mentioned a zillion times before, I only use Word/Office in my Day Job and only begrudgingly at that. I don’t miss it from my home life, instead relying on a grab bag of other applications including Mail Pilot, iWork, Google Docs, and, of course, my beloved Scrivener.

Pretty much everything on the market is better than Microsoft bloody Office. It’s just so deeply embedded in the notoriously conservative large enterprise market that it’ll be a struggle to get rid of.

p style=”text-align:left;”>We can only but hope.