Just a short post today, because I am officially back from both my US holiday, and from the awful concrud I brought back with my from NYCC.

Speaking of which, yes! I did my signing and it was terrifying and surreal, all at once. I confess I’d kind of expected, going in, that I would just kind of… be sitting there at a desk for an hour, not doing very much? So when I went to pick up my con badges on the Wednesday, imagine my horror to hear my editor talk about how the publicist would be collecting “a line” of people for me.

“A line?” I distinctly remember saying. “I didn’t think there’d be a line…”

There was, in fact, a line. The next hour is kind of a blur. I mostly remember trying to keep my handwriting legible and trying to spell both words and everyone’s names correctly.1 Special shout-outs to the excited girls at the front of the queue (I hope Liesmith can live up to that excitement!), and to the guy in the Cruella De Vil cosplay, because you were like my fav cosplay of the con and I’m still annoyed with myself that I didn’t get a photo.2 Also to Naomi Novik, who I got to fangirl over in the back of the PRH booth, and who has my Very First Signed Book Ever,3 and to Bill Schweigart, for the calming words.

TIL from this experience: I am not particularly good at signings, because I can’t write and chat at the same time. Also, handwriting is hard! I don’t do much of it any more, and it is weird.

Anyway. I signed my fifty physical copies of Liesmith, then moved on to postcards. It was a much busier hour than I was expecting, so big shout-out and thank you to the PRH/Hydra team for making it happen. Also, to all the people who showed up. Y’all rock, and I’m sorry I was kind dazed and out of it for the whole experience.

So yeah. That happened.

Other things that happened: I got an autograph from Mick Foley! Who is, like, literally my fav professional wrestler and who I totally made an idiot of myself in front of because holy shit it’s Mick Foley.4

On the other hand, things that did not happen: panels! I did not get to any panels, which was very remiss of me. There were a bunch I wanted to go to over the weekend, but we ended up sneaking out of the city to visit some friends in Connecticut. Which was also awesome, and involved a lot more wine. So things work out, I guess.

And, finally: an interview! I did one of those, too. I think. I mean, I was pretty out of it, post-signing. But it’s on the internet so I must’ve managed to stutter out something…

The fanfic communities I grew up participating in were always overwhelmingly queer and female, as well as interested (albeit often imperfectly) in intersectionality and social justice. Fanfic then became a way of critiquing mainstream media through that lens, so I’m used to the idea of transformative works being exactly that: transformative. In that they take a source text and interrogate it for tropes and biases, with the produced output often being ways for their authors to work out those issues in their own minds (as well as being a piece of fiction).

So it’s interesting, coming from that background, to surface into modern pop culture, which is saturated with what is essentially “corporate fanfic” in the form of franchises and remakes. I think there are a lot of questions in there about who is (and isn’t) chosen to produce these works, what audiences they’re marketed for and to, and why some “fanfic” is given the stamp of legitimacy while other fanfic is not. Just why can’t Spider-Man be gay or black? And not to put too fine a point on it, there are a few things people like Joss Whedon (Marvel film fanfic), John Scalzi (Star Trek novel fanfic), Steven Moffat (Sherlock Holmes and Doctor Who TV fanfic), and Chuck Wendig (Star Wars novel fanfic) all have in common. I’ll let the reader figure out what they are. So while none of that is the fault of the people mentioned, I think it’s worth having a discussion around why them in particular and not someone else.

Today I’m over at Libromancer’s Apprentice, talking about The Angels, fanfic, and Stormbringer. 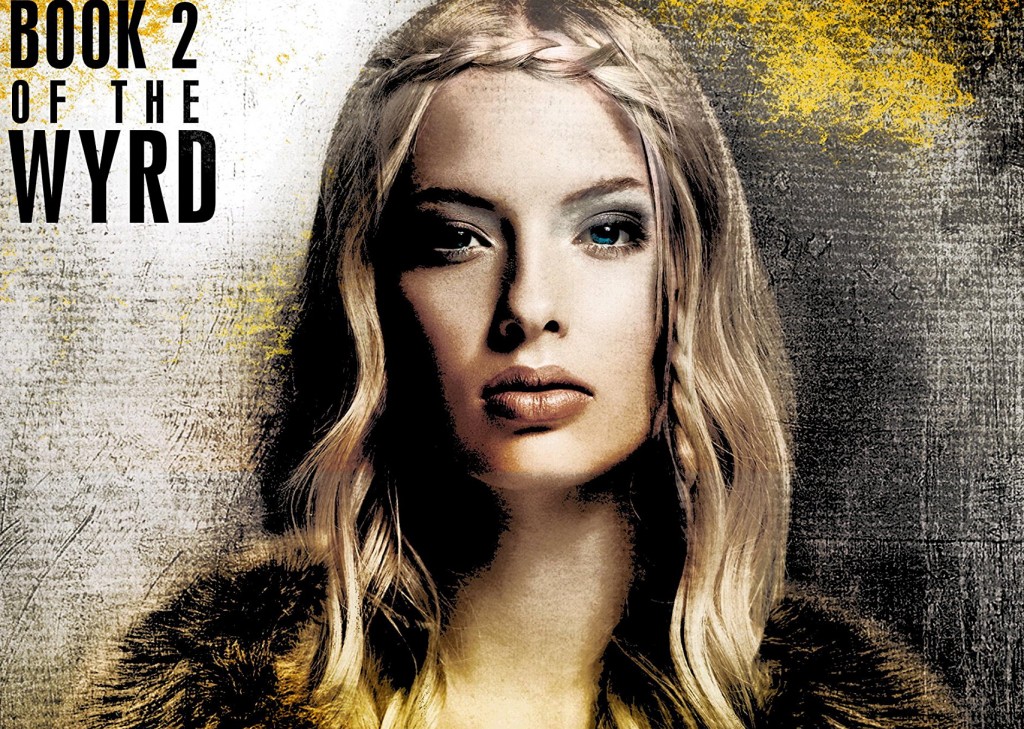 Catching up with Alis Franklin, author of Stormbringer (Wyrd #2) | My Bookish Ways

Today, I caught up with Alis Franklin, author of STORMBRINGER

Today I’m over at My Bookish Ways with an interview for Stormbringer.

This week I've got an amazing line-up of guest posts, starting with this interview by Alis Franklin. I read and reviewed Alis's book Lie...

So today the lovely Liv Rancourt is hosting an interview with me over at her blog. An excerpt:

[In Stormbringer] I wanted to explore the idea of what it’s like for the “bad guys” in SFF stories. I was a big Blizzard fangirl growing up, and one of the things they started to do in their video games in the mid- to late-90s, was deconstruct the idea of the faceless, disposable Always Chaotic Evil horde of monsters. Because in Blizzard games, the player gets to play as Warcraft‘s orcs (who are, well, orcs) and Starcraft‘s zerg (alien space locusts). Which means the narrative in those games has to give the orcs and the zerg things like culture and personality and motivations, and these have to go beyond the KILL ALL HUMANS used in media with “traditional” protagonists like lost kings and space marines. That stuck with me as a kid, and I think once you’ve seen this sort of humanising (for want of a better word), it becomes hard to go back to taking the Bad Guy Horde at face value.

Deconstructions like this aren’t new or unique, but I’ve noticed there seems to be a recent proliferation of media that feature simplistic Good Guys vs. Bad Guys, “they hate us for our freedoms” style conflicts. I’m talking films like Pacific Rim and The Avengers, that show a sentient alien Other invading Earth, usually for reasons that are never explored much beyond “because they’re evil!”. Worse, these narratives often laud the mass (nuclear) genocide of said Other as a moral and heroic act. That’s not a plotline I’m comfortable with, particularly when it seems to pop up over and over and over again.

So I guess Stormbringer is a reaction to that. In the book, the core conflict is about a group of heroes on a quest to retrieve a magic hammer before an undead horde and a monster army destroys their home. At least, that’s the story they think they’re in. Other characters have different ideas, not least the said undead horde and monster armies themselves…

Interview at The Qwillery.

Early on, I latched onto Loki as a favourite of all the Norse gods; he’s an outsider, who doesn’t always make great decisions, but is loyal in his own way and generally tries to help the gods up until the point he kinda… gets sick of it. But the character I was really fascinated by was his wife, Sigyn. We basically know nothing about her, other than the fact she stayed–at great cost to herself–with her husband after his exile from Asgard. I mean, Loki might spend an eternity being tortured in prison but at least he gets to have his revenge when he gets out. But what about Sigyn? She cares for her husband through all that time, so she must feel something for him, but we never know what it is. Is she resigned to his punishment? Does she think he deserved it? Is she with him out of fear or obligation… or is it love? And if it is love, how pissed off must she be over what happened…

… and what price would she pay to fix it?

Still in Liesmith Author Promo Release Week Madness, hat-tip to the lovely folks at The Qwillery for the interview.