So cleaning up my study I found my old bag of runes and the Rune of Today is ᚦ (Þurs).

Afternoon at the War Memorial.

The “G for George” bomber.

A… Rosie the Riveter doll?

Yes, this was in the book shop.

A submarine! I think it’s Japanese, and it’s hard to see but most of the top has been blown out.

I saw more guns, planes, and Nazi memorabilia–which I assume was stuff captured by Australian troops from downed enemies–than ever before in my entire life. There’s a whole enormous hall just full of old aircraft, including the tiny single-wing balsa wood things my grandpa used to use to train pilots before they were deployed overseas.

(Pa was never deployed because, I assume, he was too useful to the Air Force as a trainer. There’s a Big Issue around service personnel who never left Australia yet still contributed to the war effort. Nanna is still considered a war widow and gets benefits from the Department of Veteran’s Affairs. On the other hand, Pa adamantly refused to set foot inside an RSL club his entire life.)

The War Memorial is an interesting place. It doesn’t glorify war–I was tearing up over more than one of the exhibits–so much as simply present the artefacts of conflict in a matter-of-fact sort of way. We only really went through the WWII gallery, so there’s a lot we didn’t end up seeing.

One of the most interesting things in the museum is part of an ancient mosaic floor dug up in Gaza during World War I. I’d be betting it’s one of Australia’s only “plundered Old World antiquity”. Go figure, I guess.

One of these things is not like the others… 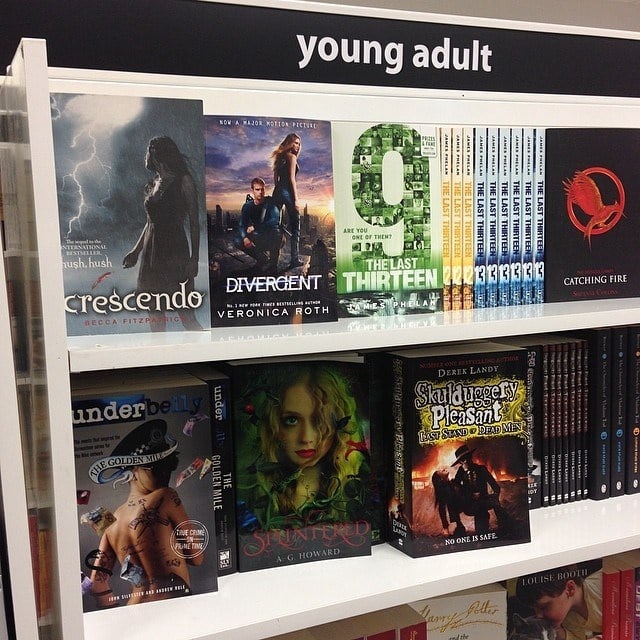 Shelving books; tougher than it looks, I guess.

I mean, I know they talk about YA books being too “dark”, but… really?

(On a related note, that A.G. Howard book is one of the favourites of the Girl Over The Partition; the tweenage relation of someone in the office, who comes in sometimes in the afternoon and talks to her Paternal Adult Figure non-stop about YA books and wanting to grow up to be old enough to read Game of Thrones. It’s very cute.)

None of these things is much like the other. 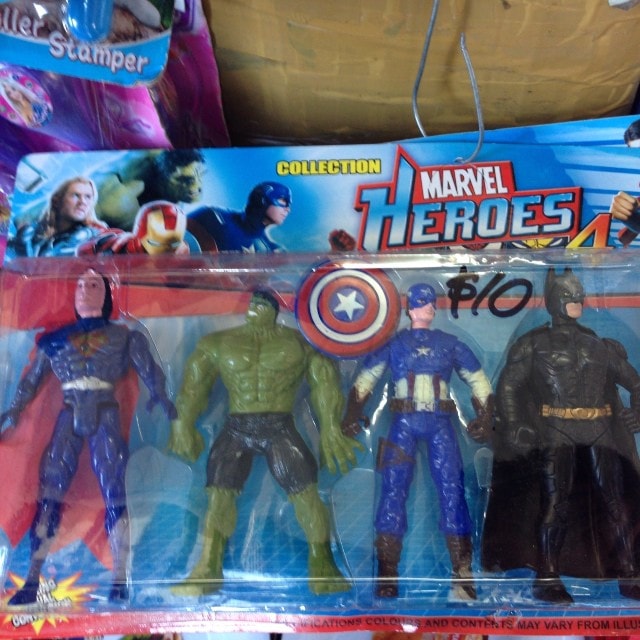 But who even is that guy on the left?

Sadly, even at the low-low price of $10, no one bought a set. This is a decision I will have to live with for the rest of my life.

The view over the city.

Apparently wedding candy bars are The Hot Shit right now. (The M&Ms were printed with the bride and groom’s names.)

Table decorations at the hipster cafe.

This is all buttercream. /drool

She made us mini cupcakes while she was cooking!

The top of the cake.

Assembling the cake in amongst the beer crates in the venue cold room.

So yeah if anyone needs a cake in the Wollongong area, let me know.

For all your Gaytime requirements! 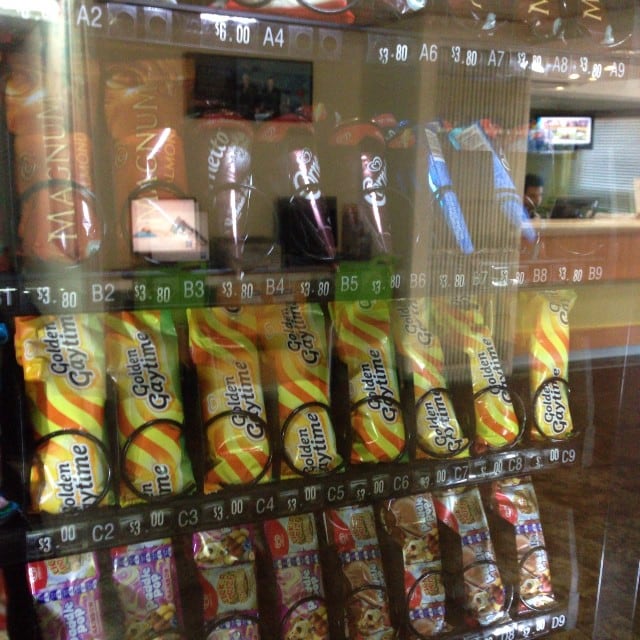 The most Australian vending machine ever? y/y

The bell of filial piety.

View out over the pagoda.