Anyway. After all of that, my friend 3D printed this golden bulette for our DM for his patience.

The internet-of-things is general a garbage-tier trashfire but I will make an exception for Roll20-enabled LED BlueTooth dice.

Cleaning up the 5,000+ photos on my phone and… have a random assortment of old-ass art. Featuring lots of tabletop RPG characters, terrible photography, inconsistent character designs, my old Gaia Online avatar from circa 2009… and a picture of Lain in the Dashcon ball pit.

END_OF_DOCUMENT_TOKEN_TO_BE_REPLACED

A shopping trip for spells and components cleans out most of the party’s money, so Hands (Monk), Bud (Ranger/Rogue), and Billie (Rogue) go looking for opportunities for crime and gambling. The stumble across an underground fighting ring, and while Bud picks pockets, Hands narrowly defeats an orc we’ll call Ulf. Bets were placed at 15:1, and somehow the party’s winnings amount to 45,000 gold, which Billie is instructed to pick up later from a totally-not-shady-at-all address.

END_OF_DOCUMENT_TOKEN_TO_BE_REPLACED 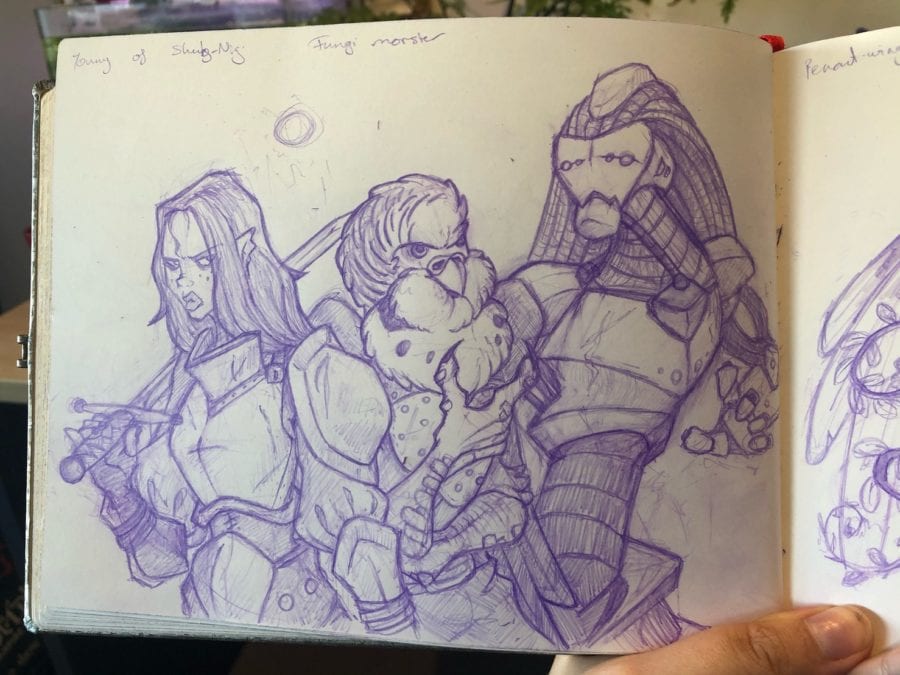 This guy doesn’t have a name yet, though he’s kind of the male version of the Drard I drew a few weeks back.

The idea is that he’s some kind of travelling… plant whisperer guy? His other mom is the forest itself (hence the goat legs, not entirely pictured), and his staff magically produces one single apple a day so long as it’s in his possession.

Okay but… hear me out for a second: the Drard.