Judging a book by its cover.

In recent years in the US and UK, the people with most influence over a book jacket have been those who choose stock for supermarkets and chains such as Waterstones and WH Smith. A few years ago, a publisher at one of the “big three” houses (Penguin Random House, Hachette and HarperCollins) told me that they had presented a new book at a meeting with the buyer from a well-known retailer. An order from the chain could propel the book into the Top 10, but there was a problem: they hated the jacket. The publisher returned to her art department and commissioned a second design. Again, the buyer rejected it – the cover was still wrong. In all, the publisher had the jacket redesigned five times, until, as a joke, she took the original cover back to the buyer, who asked: “Why didn’t you bring me this first? I love it.”

I admit I’m a book cover snob although, maybe ironically given the article, I really kinda freakin loathe the US cover for What Happened. Like, I don’t think the UK cover is great… but at least it’s not freakin’ ponderous like the US version. Also, at least it has a picture of Clinton on it (one can’t help but suspect her absence on the US version is related exactly to the problems of sexism against her in particular and women in politics in general that she talks about in the goddamn book…).

Closer to home, one of the reasons I’m a huge Angry Robot fangirl is I think they do some of the most baller covers: like hiring Julie Dillon to do the covers for Foz Meadows’s novels, or Richard Anderson for Kameron Hurley’s.1 I’m also all over the more recent trend of graphical/non-figurative covers: I admit when Leife showed me the cover art for The Beast’s Heart I kind of had to suppress a little shriek, it’s so beautiful. Also see: this version of the Southern Reach books.

Covers that don’t work for me? Most things with photo-collages, particularly when they include actual people.2 Actually, I honestly don’t know anyone who “likes” that kind of book cover, which I always find really weird given how ubiquitous (and not necessarily cheap!) they are. I’ve always been under the impression it was a big-box-bookstore-buyers-like-them-so-we-make-them thing, but… yeesh. I dunno.

Exactly what goes into making a manuscript?

My grandfather used to work as a book-binder, once upon a time…

An hand-drawn, interactive illustration about a tram driver, mountains, cloaked cats and everything in between.

(Also, the aesthetic reminds me a lot of Paul Kidby’s Discworld art, so obviously I’m all over it.)

Artist C.M. Kosemen re-imagines modern animals in the “style of the dinosaurs”, in order to point out the main problem with paleoart.

See also The Field Guide to Mesozoic Birds (which is an amazing book) for the inverse trope.

The confidence of a mediocre white dude.

Of course, he wouldn’t be making jack shit unless the other mediocre white dudes of the art industry let him get away with it, but… yanno.

It’s probably not an enormous shock to anyone to learn that tieflings are (along with the dragonborn) my favorite Dungeons and Dragons race. The fact that they got a big revamp in 4th ed, including promotion to a default player race, was… like, pretty much my D&D Dream Come True.

What I didn’t realize is that art–and the new look for tieflings in general–was designed by all-round baller William O’Connor. I probably should have noticed this, because O’Connor is one of my favorite monster-and-dragon concept artists of all time (seriously, his three Dracopedia books pretty much permanently live on my “writing inspiration” pile). So it’s totally awesome to read about the thought processes that went into his 4th ed redesigns.

Strictly speaking, Lain’s concept design pre-dates 4th ed, but I won’t deny there’s a lot of O’Connor’s tieflings in him. And ditto for Lee and the dragonborn, come to think of it (at least in the structure of the face). Go figure, I guess.

The original, and rejected, animation for the first episode of The Simpsons. James L. Brooks famously hated the style so much (”this is shit”) that the show was nearly canned entirely.

It’s worth noting that, at the time, The Simpsons represented what was basically a new art direction in Western cartoons; it was neither the hyper-rubber style of Looney Tunes, nor the pseudo-realism of Disney, nor the stiffness of Hanna-Barbera. The style looks unremarkable now because, like, The Simpsons (not to mention Klasky Csupo, the original animators who went on to shows like Rugrats and… basically the entire Nickelodeon “look”) is a million years old and a pop culture icon. But at the time… well. There were teething issues.

No matter how long I live, I will never be this good at Excel. 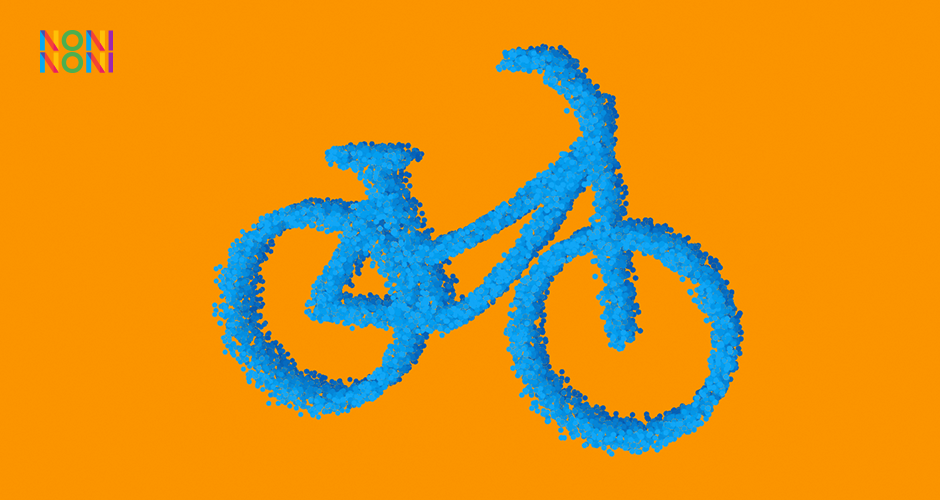 NONI NONI is a website where you can draw pictures or letters which are converted to 3d visual made up of colorful balls.

Go on. Draw something.

Toward an honesty of pixels: on Final Fantasy 12 HD and Quake 3 Arena

Interesting look at pixel art, 3D texturing, and the “HDification” of the FFXII re-release.