In my day job, I do a lot of work with Amazon’s cloud infrastructure arm, a.k.a. Amazon Web Services. These are the guys who sell the servers, the storage, the platforms, and the automation that powers pretty much every Silicon Valley startup you’ve ever heard of.

People buy AWS because it’s brutally efficient, particularly at scale. If you’ve ever had to manage a physical data centre–and, more importantly, provisioning in a physical data centre–being able to log into a webpage, click a button, and spin up $100,000 worth of servers in ten minutes is literally mind-blowing.

It’s even more mind-blowing to realise that if, for example, you turn all those servers off when you’re not using them–say on weekends and at night–then your costs drop to $40,000. Oh, and if you open another webpage, you get a reporting graph that tells you exactly that. In real time.

This is Amazon’s business model, and this is what is actually meant when people talk about “cloud computing”; it’s a cost and consumption model, not just a buzzword for virtualisation. Amazon, more so than any other player, made this industry. It commoditised IT infrastructure, made it one-click and on-demand. Every other player in the market is still scrambling to catch up.

The reason I’m mentioning this, is because the fact that this is my day job means reading articles about services like Kindle Unlimited can be… interesting. Interesting because it’s pretty obvious, for anyone who comes from IT cloud land, what Amazon’s new pay-per-page model is.

Amazon made the game. Now it’s up to the rest of us to figure out the rules.

What price an e-book?

I was asked today to 'have a word' with my publishers as The Liar's Key ebook is £9.97 on Amazon. I don't have any say in setting the p...

Mark Lawrence looks at where the money goes in ebook pricing. Hint: it’s mostly not to the original author. Actually, by these figures, most of it’s going neck-and-neck to Amazon and the publisher. Whichever one of those two entities “deserves” their cut probably depends on which side of the selfpub/tradpub debates you come down on…

This is a pretty fascinating press release to me. It’s supposedly the twenty most “well-read” cities in the U.S., a.k.a. the cities that buy the most books. Except take a look at the top three for a second. What do you see?

Anyway. After our four days, we were going to have a brief day in L.A., then it was on to Japan. At some point we got the idea that getting a Japanese phrasebook would be an awesome thing to do, and so we decided to go look for a bookstore.

See, here’s the thing. It’s not like bookstores are universal in Australia, either. A few years back, my husband spent a while doing fly-in-fly-out work in the Queensland port town of Gladstone, and while he was there the town’s last bookstore closed its doors. Wollongong, where we both went to university, has a similar problem at one stage. But both of those are small-ish, industrial towns. The idea that we wouldn’t be able to find a bookstore in a shopping mecca like Vegas never entered our head. So we cracked open Yelp, typed in “bookstore”, and hopped in a cab.

The closest bookstore was allegedly a Barnes & Noble near the university, which isn’t too far from the Strip. We escaped the cab and started to wander around, only to realise the store was either long closed or had never been. We tried the university co-op, but it really only sold textbooks.1 So we sat in the student union for half an hour, scouring the internet, trying to find a goddamn shop that would sell us a goddamn tourist book.

No dice.2 The “nearest” options were over an hour’s drive away, and I don’t know if you’ve been to Vegas, but getting taxis off the Strip is near impossible. We’d be able to get out, but getting back? Maybe not so much.

In the end, we opened up Amazon.com, and got our phrasebook same-day delivered to the friends we were staying with in L.A.

This is the story I was reminded of when I read Amazon’s “well-read” press release. It’s not the cities on the list do or don’t buy more books than other cities in the U.S.; there’s not enough information to judge that either way. It’s that these cities buy the most books from Amazon, and at least some of them do it because there’s no other freakin’ option.

And I really struggle to think of that as a good thing.

Exactly how many books do you need to sell to get what rank at Amazon? Maybe. These are all guesswork, reverse-engineered from whatever data people think they have. Exactly how much guesswork any one SR-to-sales translation model is, is hugely contentious, too.

Background: This. Tl;dr, Amazon changed the payment algorithm behind Kindle Unlimited, such that it now pays authors $0.006, i.e. a bit less than half a cent, per page read. There’s a bunch of angst going around about whether this is “fair” or not–and to whom–to which I will refer you to the linked TechCrunch article.

Thought #1: Pro rates for short stories are $0.06 per word. The average novel page has about 250-300 words. That means about $15-18 per page. So, Amazon is paying authors of short fiction in KU roughly 0.0004% of what they’d be getting from a conventional paid market.

In other words, an author’s short story needs to be read somewhere over 2,600 times to hit the equivalent to industry pro rates.

In other words, an average novel-length novel will need to be read through something like 1,000 times to “break even” against the lowest professional advance.

Question: Just how viable are these numbers? Discuss.

EtA: I just realised I’ve made the same error in this that annoys me in every other article abut selfpub, which is to say I’ve assumed the cost of a self published work is zero. Which it usually isn’t. So, yanno. There’s also that. 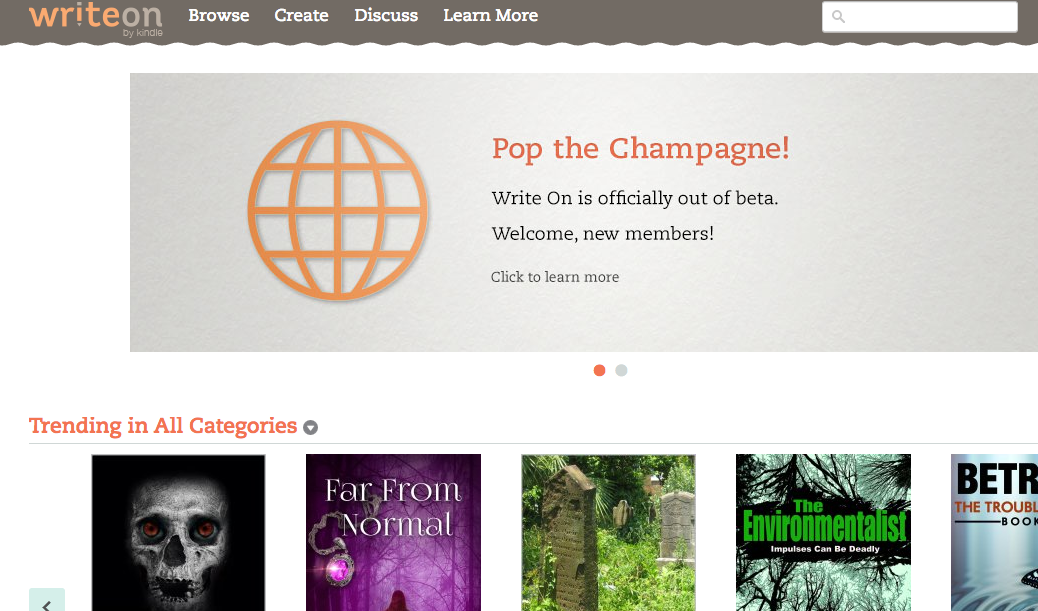 Amazon’s ‘Write On’ Crowd-Publishing Platform Opens To All

Amazon has a new crowd-publishing platform called Write On, which is a direct competitor to Wattpad, the social network with self-publishing authors offering up their content for free, and working …

Write On is Amazon’s new “crowd-publishing platform“, sort of like an AO3 for origfic. 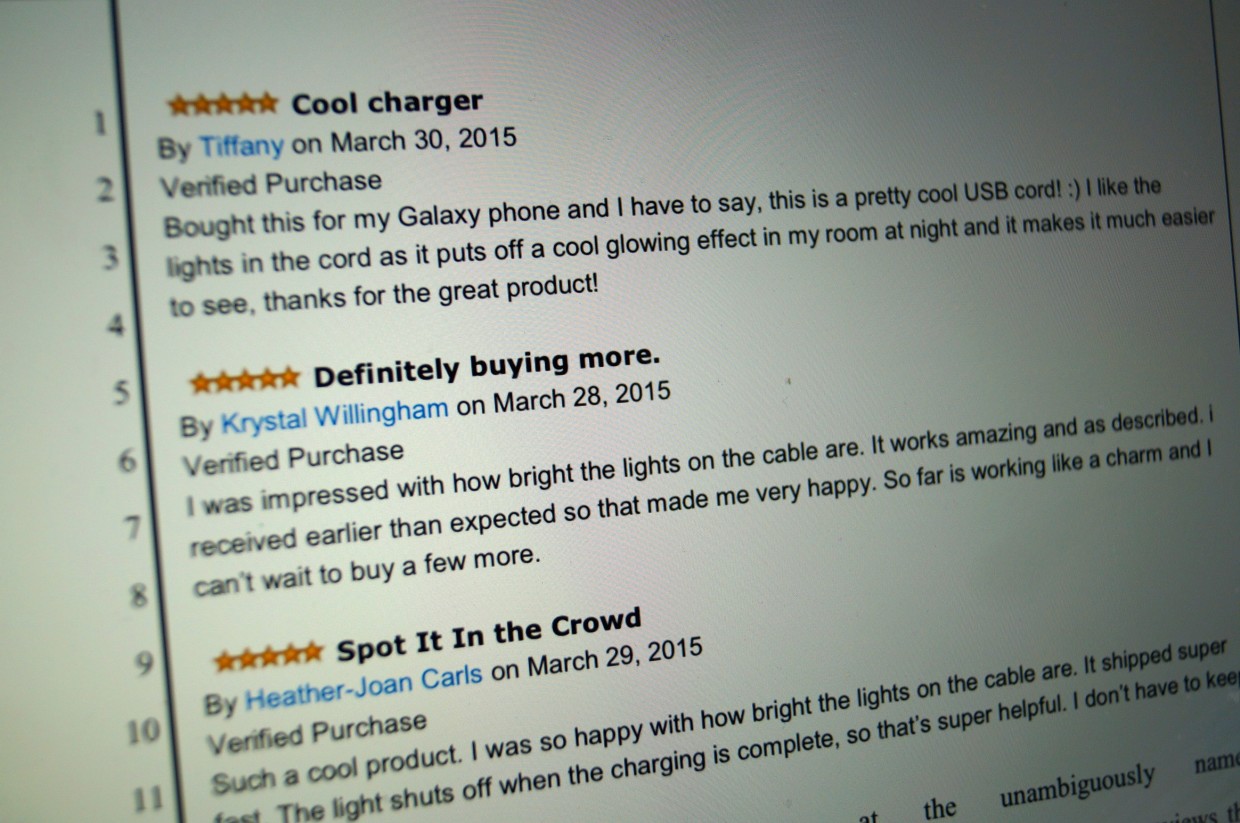 Amazon has filed suit against the alleged operators of sites that offer Amazon sellers the ability to purchase fake 4- and 5-star customer reviews of their products. The suit, the first of its kind…

What do you mean when you create a system where commercial viability is based on an arbitrary third-party factor, that some people are then going to game that system? No-oo-oo-oo-oo. 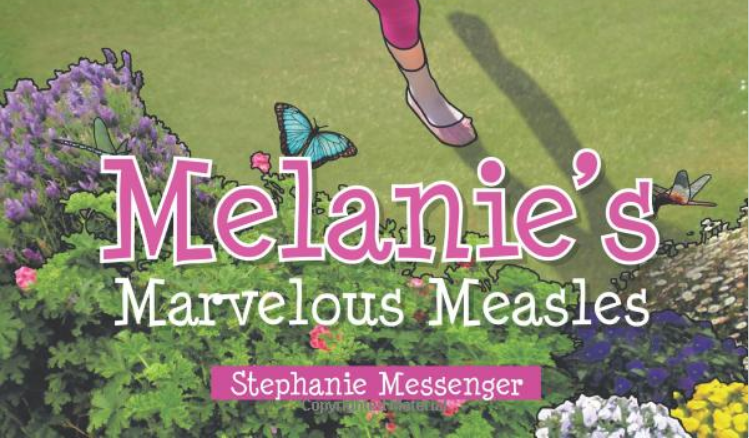 Normally I’m not for troll campaigns on Amazon, but I do make an exception for anti-vaxxer books aimed at children. The “customer images” on this book’s page are about as gruesome as you’d expect–photos of children covered in measles rashes, pictures of coffins, and so on–while the “reviews” range from funny-angry to funny-sad to outright angry.

Melanie’s Marvelous Measles is also the only (?) book Amazon sells on which it’s put a liability disclaimer above the blurb. Which kind of makes you wonder why they allow it for sale at all, really…

So apparently there was a debate a little while ago with the topic “Amazon is the reader’s friend“. The for and against sides are pretty much exactly the line up of bland, interchangeable white men you’d expect, if you follow the endless rounds of Amazon vs. Nonazon debates. So far, so yawning, right?

So I was kind of scanning the article half-heartedly, when I got to this quote:

So the debaters also considered whether “traditional publishing actually functions as a tyranny.” Mr. Konrath noted: “Publishers reject hundreds of books for every one that they publish. Now think about that. That’s censorship. It really is.”

Quick recap: Joe Konrath was a midlist career author who, a couple of years back, reclaimed his extensive backlist from his old publishing houses, and re-released the titles themselves via Amazon, just at the head of the big selfpub ebook wave. He made bank, and now continues to make bank by being one of the leading selfpub “gurus”. Got all that?

Okay. So. Once more:

Publishers reject hundreds of books for every one that they publish. Now think about that. That’s censorship. It really is.

No, Joe. No it’s fucking not and you know it. What disingenuous, hyperbolic rubbish. It’s also entirely indicative of a really entitled fucking attitude I see way too much of. I mean, what do people think this line is really trying to imply? That publishers are somehow obliged to publish every piece of shit-stained word vomit that runs across their desk, lest they twist themselves into a caricatured jackboot-wearing, book-burning horror? Like, seriously. Just what. The. Fuck.

(Not even mentioning the fact that Amazon routinely “censors” itself, too.)

Let’s just be super, super clear about this: no private entity in the world is obliged to give your piss-soaked ravings a platform. They’re especially not obliged to invest money in producing, marketing, and distributing them. I don’t care whether this is Amazon, or Hachette, or the bloody comments section on a bloody website. I know this is difficult for certain people to grasp, but the reality is you have no magic inalienable right to demand someone else invest their time and money and space in you and/or your ideas, purely for your benefit. Moreover, this is not “censorship” when it happens (or fails to happen). It might suck–such as when publishers shy away from investing in, say, books with queer content or PoC heroes–but it’s not “censorship”. And there’s a mile of difference between an industry’s systematic disenfranchisement of certain minority viewpoints and one editor rejecting your shitty thriller. Seriously. Trust me on this one. Light years worth of miles.

Yeah. This sort of attitude makes me mad. Super mad. But it’s pretty fucking telling looking at the kinds of people who espouse it, isn’t it?

Standing in the Fire: Jeff Bezos vs. the smartphone.

The Inside Story Of Jeff Bezos’s Fire Phone Debacle

Interviews with dozens of current and former employees reveal what went wrong and what it tells us about where Amazon is headed.

So… why did Amazon’s Fire Phone turn into such a steaming pile of shit, anyway?