[Harvard Business School scholar Shoshana] Zuboff predicts that if left unchecked, surveillance capitalism will be just as destructive as previous variants of capitalism have been, though in wholly new ways. “We are talking about the unilateral claiming of private human experience as raw material for product development and market exchange,” she said. “Industrial capitalism claimed nature for itself, and only now are we faced with the consequences of that undertaking. In this new phase of capitalism’s development, it’s the raw material of human nature that drives a new market dynamic, in which predictions of our behavior are told and then sold. The economic imperatives of this new capitalism produce extreme asymmetries of knowledge and the power that accrues from that knowledge. This is unprecedented territory with profound consequences for 21st century society.”

Tl;dr, surveillance capitalism is bad for democracy and worse for humanity, and the only thing that’s going to “fix” it is regulating it the shit outta existence. (But, also, like… install an adblocker, too.)

The $7.2 billion number represents about 5% of worldwide online ad spending. To give you an example of how fuzzy this number is, the WFA (World Federation of Advertisers) says that the actual amount of fraud could easily be 30% — or six times this.

Believe it or not, if fraud accounts for just 10% of the online advertising system, in 9 years ad fraud will be the second largest source of criminal activity in the world, second only to drug trafficking.

Given that both the people being ripped off (i.e. companies advertising online) and the people doing the ripping off (i.e. people selling online ads) are both part of a garbage ecosystem, I’m really not sure exactly what I feel about this…

The web is also garbage.

If an advertiser’s primary goal is to get their ad in front of people and the cost of the ad rises the more that it can be proved someone saw the ad, website makers have a strong incentive to serve ads that cover content, block content, prevent access to content temporarily, etc. Many ad-funded websites feel like they have to make a some pretty hard calculations: how much can they piss users off in order to make enough money to survive, without scaring users off completely.

I, as a web user, do not at all think many websites have calculated well. But a weird thing about the web is that because a lot of information is discovered via search engines, as long as websites can play the SEO game they will continue getting a large volume of users, and as long as those users stay on the site long enough to get some ad impressions, the site stays afloat. That is to say, even though users are pissed off at the design of the sites, the site still generates traffic because search engines are looking at the content, not the experience.

Advertising is, hands down, the worst thing to ever happen to the web and that is a hot take I will die on…

GDPR will pop the adtech bubble

In The Big Short, investor Michael Burry says “One hallmark of mania is the rapid rise in the incidence and complexity of fraud.” (Burry shorted the mania- and fraud-filled subprime mor…

Will the GDPR spell the end of targeted advertising (and, by association, the commercial surveillance industry)? Eeeh… look. I’m dubious, but… one can only hope, I suppose. 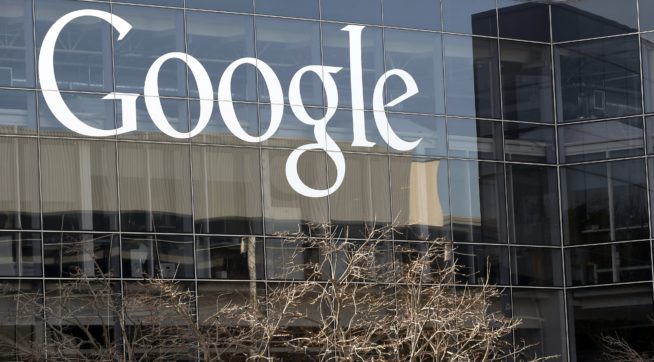 A Serf on Google's Farm

An unintended effect of Google’s heavy-handed attempt to silence Barry Lynn and his Open Markets program at New America has...

How Google is impacting journalism though the fact it funds most online publications through ads, but also through being the biggest provider of hosted email and the maker of the most popular browser.

Very specifically, the article is about how Google’s arbitrary “no hate speech” rules impacted TMP’s reporting on white supremacist violence. Basically, TMP were censured for articles about Dylan Roof’s mass murder in Charleston, with the account rep they tried to contact apparently, “not really understanding the distinction and cheerily telling us to try to operate within the no hate speech rules.” It’s worth noting “censured” in this context means TMP couldn’t run advertising on the articles in question. Small in the scheme of things, maybe, but each warning of that nature goes against the account as a whole, with the net result that, after n-number of incidents (no one seems to know how many, exactly) Google could pull advertising entirely. Which would be disastrous for TMP. Existentially so.

The point here isn’t to criticize Google’s well-intentioned attempt to stop funding hate sites with ad revenue. It is to warn that Google has so much power, thanks to it advertising and big data ecosystems, that even small misjudgments in policy application can be catastrophic for downstream players. Which is, yanno. Pretty much literally everyone who isn’t Google.

Or, as the article points out:

One thing I’ve observed with Google over the years is that it is institutionally so used to its ‘customers’ actually being its products that when it gets into businesses where it actually has customers it really has little sense of how to deal with them.

The big question: is Google’s ecosystem monopolistic and, if so, why doesn’t the government step in? Well, it’s been pointed out before the US antitrust laws are mostly geared to constantly lowering prices for consumers; they’re not actually designed to foster market competition, and they’re certainly not geared towards… however you’d describe the relationship Google has with its ad customers. Because Google’s services are (largely) “free”, in other words, US antitrust laws don’t apply.1

(To anyone who’s currently thinking, “They’re not ‘free’, the law is just bad at quantifying the value of the personal data Google extracts in exchange for its services.” Well… yes. That’s the point.)

Google isn’t the only one of the “new monopolies” poorly controlled by US law, of course–Amazon’s in the same boat, as is Facebook, for one–but it’s arguably the one with the most far-reaching impact for online services in general, and journalism in particular. Sadly, I don’t think there’ll be any kind of resolution to the issues any time soon, either. Hell, people are barely beginning to understand the problem. Or that there even is one to start with… 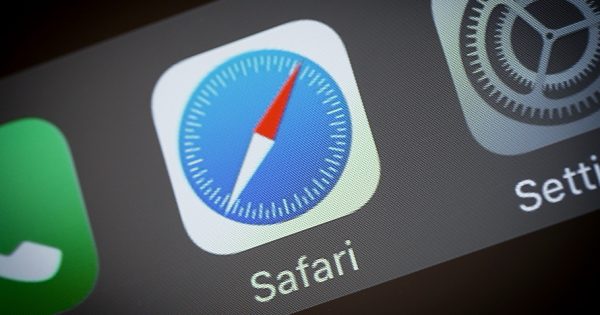 The IAB, 4As and ANA say Apple’s plans to integrate cookie-blocking into Safari could hurt the existing economic model of the internet.

Apparently online advertising lobbyists have their banners in a twist over Apple’s plans to introduce automatic tracker blocking in Safari.

Most current adware blocking and spyware obfuscation is user-directed. That is, if you don’t want your every move on the internet tracked, collated, and onsold by massive shady multinational surveillance companies, you need to both, a) know the problem exists in the first place, and b) know which in the massive ecosystem of imperfect-but-better-than-nothing anti-spyware products is trustworthy enough to use.1

So while companies like Google and Facebook–whose business models are spying and nothing else–wring their hands with weak and useless “initiatives” designed more to stave off the looming threat of government regulation than protect users, Apple (and, to give them credit, Microsoft) are more and more using “protecting privacy” as their market differentiators. This is why Apple, for example, added a “cop button” to Touch ID in response to that ridiculous US ruling about biometrics.2

And it’s why, one assumes, Apple continues to beef up its browser anti-spyware technology. Apple’s motto has always been “it just works”; that is, their products are intuitive for non-tech types. “It just works” when applied to browser anti-spyware means the browser’s default, unconfigured state should be to deny third-party tracking and micro-targeted advertising. If the latter really does provide the “better user experience” that ad lobbyists like to claim, then users missing their micro-segmented Russian propaganda [content warning for discussions of how Facebook’s advertising platform facilitates antisemitism] can opt-in by using a less privacy-focused browser.

… Yeah. I’m not holding my breath, either.

“But free content on the internet relies on ads!” cry the industry shills.

Well… yes and no. First of all, even when content relies on advertising, there’s no reason whatsoever that it has to rely on the hyper-targeted, micro-segmented, deeply personally intrusive style of advertising sold by platforms like Facebook. The sole reason this type of advertising exists is to give ad platforms an excuse to charge more and, thus, make more money. Keep in mind, I’m not just talking about, say, Google showing you ads for garden supply stores when you search for how to fix ruptured garden hose. I’m talking about things like Facebook trying to sell you things based on its inference of your current mood. Removing that level of intrusiveness is not, let’s be completely clear about this, going to kill the internet.

Second of all, I am Internet Old and, as such, I absolutely remember a time before the internet decided “spying on everyone, all the time” was going to be its primary business model. Yes, things looked different–they were much more decentralized, for example, which isn’t necessarily a bad thing–but, again, people managed. Just like they do now with things like non-ad-sourced micropayments and premium content subscriptions. Yes, monetizing in this way isn’t “easy” but–and maybe this is just me–that isn’t necessarily a bad thing. Particularly when you consider the sort of content that’s profitable in ad-based attention economies…

In other words, bring on the blockers, I say.

Everyone is trying to get to the bar. Googleâs ad blocker, far from a benign offering, is another step toward dominating the internet itself.

And the name of the bar, the bar is called adblocking.

Tl;dr, Google Chrome’s new “adblocker” is a way for Google to lock all other ad providers out of its browser.

Apple Can Afford To Mess With Annoying, Snoopy Ads–And At WWDC, It Did

Taking a consumer-first approach to intrusive advertising is easier when your profits come from selling hardware, not monetizing users.

This isn’t altruism, of course: Apple’s biggest rivals, i.e. Google, have almost all of their revenue from adtech, while Apple has more-or-less none. Coupled with the fact that users loathe ads, it means they’re a safe target for Apple to hit at.

I still use Chrome on iOS, because I like the syncing with the desktop and I like my desktop Chrome ad-ins. But mobile-based Chrome is getting worse (cough not supporting iOS’s adblockers cough), while Safari is getting better. As websites get more bloated with ad- and spyware, I’m already using Safari more and more for the simple fact that pages in Chrome become unusable. Google’s attempts to “fix” this–things like AMP and its own new “adblocking”–are more about gaining market share for Google than they are making things better for users.